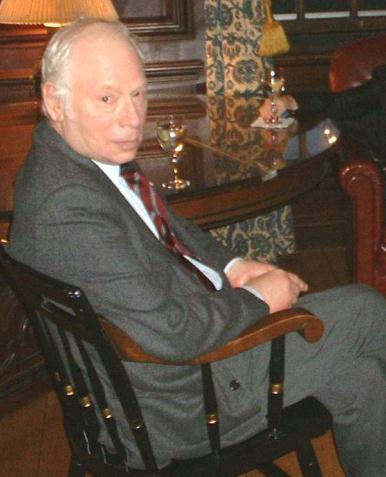 Steven Weinberg (born , ) is an American , and Nobel laureate in Physics for his contributions with and Sheldon Glashow to the unification of the and electromagnetic interaction between elementary particles.

Steven Weinberg was born in 1933 in , the son of parents Frederick and Eva Weinberg. He graduated from in 1950 and received his bachelor's degree from in 1954, living at the Cornell branch of the . He left Cornell and went to the in where he started his graduate studies and research. After one year, Weinberg returned to where he earned his Ph.D. degree in in 1957, studying under .

In 1966, Weinberg left Berkeley and accepted a lecturer position at Harvard. In 1967 he was visiting professor at MIT. It was in that year at MIT that Weinberg proposed his model of unification of electromagnetism and of nuclear weak forces (such as those involved in and -decay) [Weinberg, S. "Phys. Rev.Lett." 19 1264-1266 (1967).] . This model is now known as the theory. An important feature of this model is the prediction of the existence of another interaction mechanism between , known as and mediated by the . The experimental discovery of this Z boson was one verification of the electroweak unification.The paper by Weinberg in which he presented this theory is one of the highest cited theoretical work ever in high energy physics as of 2006 [A list of the top cited papers in high energy physics can be found at http://www.slac.stanford.edu/spires/topcites/] .

After his 1967 seminal work on the unification of weak and electromagnetic interactions, Steven Weinberg continued his work in many aspects of particle physics, quantum field theory, gravity, , and .

In the years after 1967, the full of elementary particle theory was developed through the work of many contributors. In it, the weak and electromagnetic interactions already unified by the work of Weinberg, and , are further unified with the strong interactions, in one overarching theory. One of its fundamental aspects was the prediction of the existence of the . In 1973 Weinberg proposed a modification of the Standard Model which did not contain that model's fundamental Higgs boson.

Weinberg became Higgins Professor of Physics at Harvard University in 1973.

In 1979, after the experimental discovery of the neutral currents -- i.e. the discovery of the inferred existence of the --, the particle which had been a basic prediction of his 1973 theory, in 1979 Steven Weinberg was awarded the Nobel Prize in Physics for developing this theory, together with and , who independently had also proposed that theory.

In 1982 Weinberg moved to the as the Jack S. Josey-Welch Foundation Regents Chair in Science and founded the "Theory Group" of the Physics Department.

Steven Weinberg's influence and importance is confirmed by the fact that he is frequently among the top scientists with highest research impact indices, such as the and the creativity index. [ In 2006 Weinberg had the second highest creativity index among physicists http://physicsweb.org/articles/news/10/8/13/1] [ [http://arxiv.org/find/hep-th/1/au:+Weinberg_S/0/1/0/all/0/1 Publications] on ] [ [http://www.nobel-winners.com/Physics/steven_weinberg.html Short biography (w/ photo)] ] [ [http://www.nybooks.com/authors/201 His articles in the "New York Review of Books"] ] [His [http://nobelprize.org/nobel_prizes/physics/laureates/1979/weinberg-autobio.html Autobiography] serves as a general reference to this article.] [ [http://deitywatch.007sites.com/part2.php The Atheism Tapes, program 2] - the transcript of an extended interview with Steven Weinberg for the BBC TV series "".] [ [http://www.klru.org/texasmonthlytalks/archives/weinberg/movies/weinberg_hi.asp Interview for Texas Monthly Talks.] ] [ [http://www.secularphilosophy.com/ Secular Philosophy] ]

Besides his scientific research, Steven Weinberg has been a prominent public spokesman for science, testifying before Congress in support of the , writing articles for the "", and giving various lectures on the larger meaning of science. His books on science written for the public combine the typical scientific popularization with what is traditionally considered history and philosophy of and .

Weinberg was a major participant in what is known as the , standing with Paul R. Gross, , , , and , on the side arguing for the hard of science and scientific knowledge and against the proposed by such social scientists as , , , , , Steve Fuller, and .

Weinberg is also known for his support of . While this is not extraordinary in itself, he, like many American Jews, supports Israel from a liberal point of view. He wrote an essay titled "Zionism and Its Cultural Adversaries" to explain his views on the issue.

Weinberg has canceled trips to universities in the because of British boycotts directed towards Israel. He has explained:

:"Given the history of the attacks on Israel and the oppressiveness and aggressiveness of other countries in the and elsewhere, boycotting Israel indicated a moral blindness for which it is hard to find any explanation other than . [cite news | url=http://www.ynetnews.com/articles/0,7340,L-3404128,00.html | title=Nobel laureate cancels London trip due to anti-Semitism | accessdate=2007-06-01 |date= | work=YNet News Jewish Daily]

His views on religion were expressed in a speech from 1999 in ::"Religion is an insult to human dignity. With or without it you would have good people doing good things and evil people doing evil things. But for good people to do evil things, that takes religion." [ cite web
url=http://www.physlink.com/Education/essay_weinberg.cfm
title= A Designer Universe?
author=Steven Weinberg
accessdate=2008-07-14
quote= A version of the original quote from address at the Conference on Cosmic Design, American Association for the Advancement of Science, Washington, D.C. in April 1999]

He attended and was a speaker at the symposium on November 2006.

During a conversation with Richard Dawkins in 2008, Steven Weinberg commented that religion is a "mile wide and an inch deep" and if he cared about religion it would make him cry, to which Dawkins responded with a chuckle, "It does not make me cry. It makes me laugh!"

He is married to and has one daughter, Elizabeth.

The honors and awards that Prof Weinberg received include

[http://www.physlink.com/Education/essay_weinberg.cfm A Designer Universe?] , critically discussing the possibility of the of the universe, is based on a talk given in April 1999 at the Conference on Cosmic Design of the American Association for the Advancement of Science in Washington, D.C.