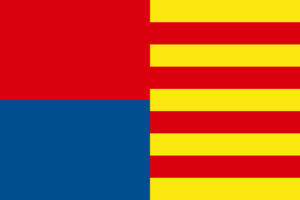 Part of the municipality is coastal but the main city is some 15 km (9.5 miles) from the . According to the 2006 census, Elche has a population of approximately 220,000 inhabitants (called "il·licitans" in Valencian and "ilicitanos" in Spanish), ranking as the third most populated city in the Valencian Community and the second within the Alicante province. A small creek called flows through the city splitting it in two parts.

The economy of Elche is based, in large part, on the industry, with over 1,000 shoe factories, being one of the most important footwear industries in Spain and the rest of . There are other economic activities in Elche: (dates, s, s and s), although it has lost importance in the last years; industry; , which employs 20% of the workforce, and .Elche has a conference centre (called "Ciutat d'Elx"), an ("Aeropuerto de Alicante") a public University, (""), and a private University,("") .

"" is 10 km from the current city's location and the immediate predecessor of current day Elche. This original location was settled by the and then occupied by and Romans. The latter called the city "Ilici" and granted it the status of colonia; after a brief rule, the took over, establishing an episcopal see.

Elche lost importance during the period of Moorish occupation, when it was moved slightly north to its present location. took the city from the Moors in the 13th century, during the "". The city grew throughout the 18th century and became more important during the 19th century with the arrival of the and a booming industrial development of what used to be the traditional footwear industry.

Many have been found in Elche, with the stone bust of the "" ("Dama de Elche/Dama d'Elx") being the most important. This may date from the Iberian period (). The original is in the .

* "Elche Palm Grove" (better known as "Palmeral de Elche" in Spanish, or as "Palmerar d'Elx" in Valencian). It is an orchard of over 200,000 s that was declared a by in 2000.
* "Altamira Palace", also known as "Alcázar de la Señoría", located next to the Municipal Park (which, in turn, is a part of the Elche Palm Grove) It was originally built in times (12th-13th centuries), and was later renovated with brick exterior in the 15th century. A former fortress, in 1913 it became a fabric plant, it has also been used as the town hall and as a prison during the , while today is home to the Archaeological Museum Alejandro Ramos.
* "Baños Arabes" (Arabic Baths), which re-uses old Roman baths.
*Basilica of "Santa Maria"
* "Calahorra" tower, of rectangular plan and origin, it represent the last relic of the old city walls.
* "Municipio"
* "Convento de la Merced".
* "Huerto del Cura"
* "" (Palaeontological Museum)

The (better known as "Misteri d'Elx", in Valencian) is a sacral-lyrical medieval drama, dated from the 15th century, which was declared a Masterpiece of the Oral and Intangible Heritage of Humanity by in 2002. It is played every year in mid August, in the context of the local holidays dedicated to the Assumption of Virgin Mary. Also as a part of this celebration, on the 13th of August is the date of a celebration in Elche called Nit de l'Albà (Night of the Dawn) in which a city-wide night-long show of fireworks takes place.