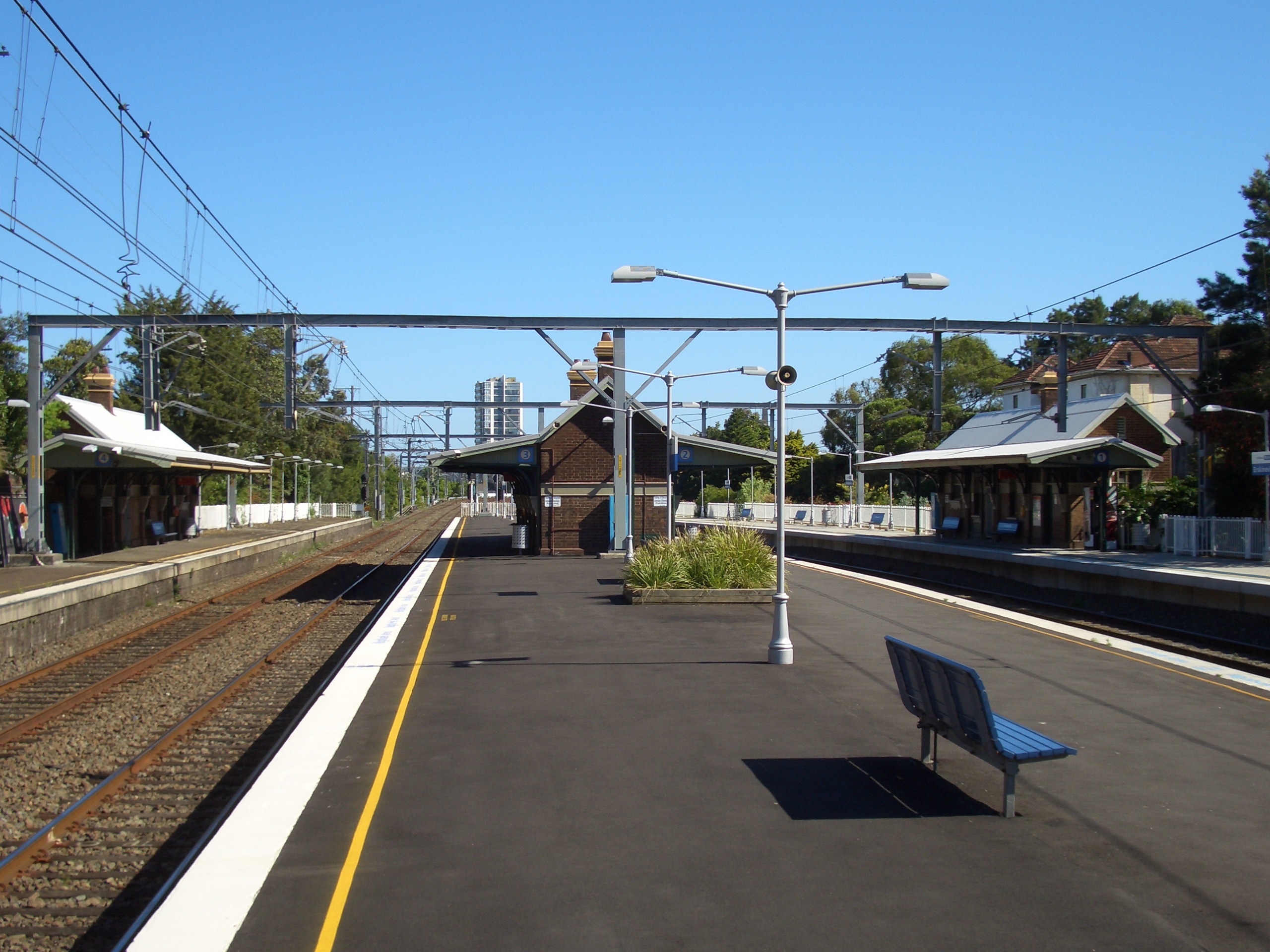 Erskineville railway station is part of the network. Located far in the suburb of Erskineville it services a nice residential area. It opened in 1884 with the construction of the Illawarra railway line to Hurstville

Immediately north of Erskineville, the "Illawarra relief lines" (from the Eastern Suburbs line) emerge from underground to join the "Up and Down Illawarra lines" (the eastern-most pair of tracks). This connection opened in 1979. The station has six platforms, with 2 side and 2 island, all of which retain their original brick platform buildings. There is currently no wheelchair access. The two westernmost platforms are incomplete and lack tracks. They were originally built at the time of the construction of the Eastern Suburbs line in the 1970s when the alignment between Sydenham and Erskineville was expanded to accommodate 6 tracks. However this was abandoned as a cost cutting exercise, and the never completed platforms remain unused to date. The Clearways Project envisages that Erskineville will have six tracks, with stopping trains serving only the westernmost platforms.

Platform 1:
*Bankstown line alt - all stations services around the (anticlockwise: via Museum).

Platform 3::"Not currently in use" - used only by trains during trackwork or in emergencies.

Platform 4::"Not currently in use" - used only by trains during trackwork or in emergencies.