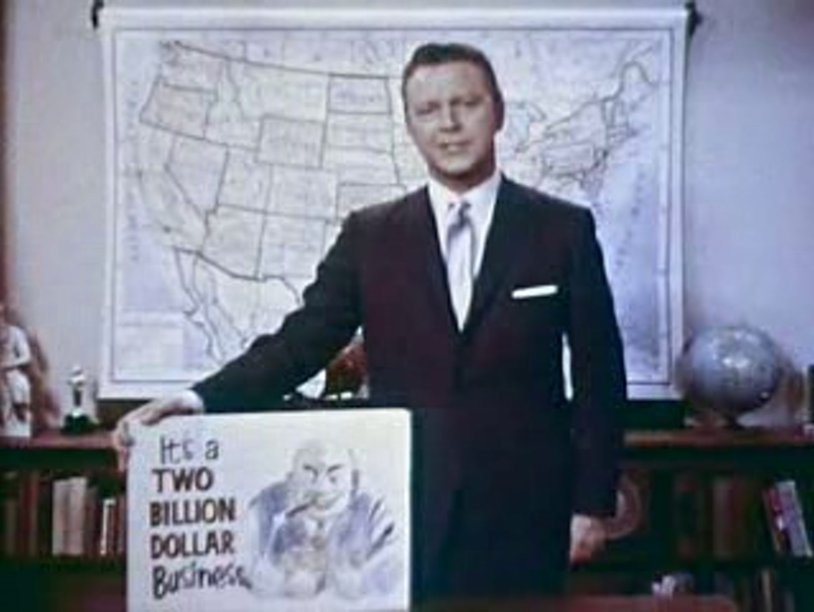 Putnam was born in Breckenridge, . His career began on his 20th birthday in 1934 at in . Putnam had been working in the Los Angeles area since 1951. By the 1950s, he had switched to and hosted the highest rated newscast in the Los Angeles area. He anchored at all four of Los Angeles' major independent stations -- , , , and KHJ-TV (now ) -- at one time or another. In addition to his salary, he was provided a Rolls Royce automobile while at KTTV and KTLA. He was replaced by news legend in 1975.

Putnam long carried a grudge against Fishman, stating on his radio show 'TALKBACK with George Putnam' that he was back-stabbed by Fishman. Putnam has made this claim for decades. It is noteworthy that when Fishman produced KTLA's 50th-anniversary history in television in 1997, the footage of Putnam was not used, though Putnam had been the face of KTLA news in the 1960s and 1970's before the arrival of Fishman. Ironically, during KTLA's 60th-anniversary special during Thanksgiving weekend in 2007, the KTLA News intro from when George Putnam anchored the news was shown [ [http://www.youtube.com/watch?v=GEPdDwozZOQ&NR=1 KTLA News Opens from the Last 60 Years] , Youtube video.] . Fishman died on , , three months before the 60th anniversary special aired.

In 1965, Putnam narrated a film entitled "," in which he warned viewers about magazines containing and material, saying homosexuals were perverts and misfits. The film was financed by . However, by the 1980s Putnam had changed his views. He stated on his radio show 'TALKBACK with George Putnam' that he felt gays were born that way, and added many of his friends and coworkers were gay and good people.

For his contribution to the television industry, George Putnam has a star on the at 6372 Hollywood Blvd. The late stated that he used Putnam in part as his role model for the "Ted Baxter" character in the 1970s "" on CBS. [Citation
last=O'Halloren
first=Bill
title=Ted Knight...Too Close for Comfort
magazine=TV Guide
date=,
year=1981
month=January
day=3
url=http://www.mtmshow.com/tvgknightart1.html
accessdate= .] Putnam was also noted for his years of participation in the , having ridden in that event from 1951 until 2000, when his horse died. At the time, Putnam said that he was too advanced in age to train another Parade horse. Putnam lived and died at his 20-acre working in Chino. The ranch houses his sixty-five racehorses, which have competed at the and all of the racetracks in Southern California. He also spent time at his home of fifty-seven years in Beverly Hills.

Putnam was the well-known host of 'Talk Back', a conservative radio show he hosted daily since leaving the television anchor chair in 1975. It is based at 1050 in San Bernardino, and distributed nationwide on the on CRN1. Although Putnam advocated many conservative viewpoints, he stated many times his status as a "lifelong Democrat" since his youthful admiration of .

Putnam also published a weekly column, "One Reporter's Opinion," on the Web site .com. His most recent focus was illegal immigration from Mexico. [ [http://www.newsmax.com/putnam/ Newsmax.com - George Putnam ] ] Putnam received an honorary from in 1985.

In a , 2008, e-mail to Putnam's Newsmax.com readers, it was announced that Putnam was in a Los Angeles hospital undergoing medical treatment on his and s. In mid-July he took part in a special on-air 94th "birthday" show, hosted by Chuck Wilder. [http://www.crntalk.com/default.aspx?date=7/9/2008&eid=238847&pid=0] .