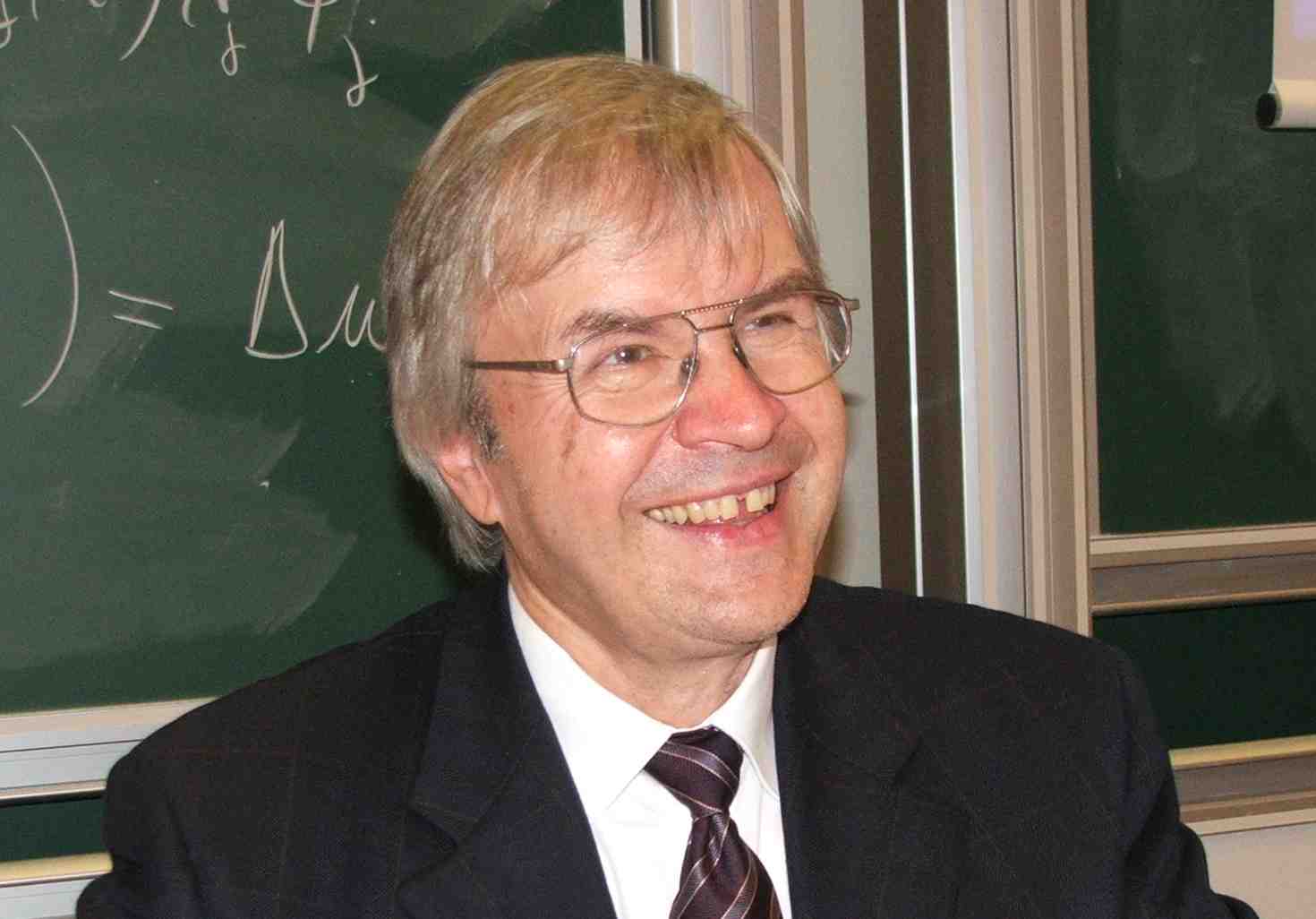 Theodor Wolfgang Hänsch (b. in , ) is a German physicist. He received one fourth of the 2005 for "contributions to the development of -based precision , including the optical technique", sharing the price with and .

Hänsch is Director of the Max-Planck-Institut für Quantenoptik () and of experimental physics and at the in , , Germany.

After gaining his doctorate in Heidelberg, Hänsch was a professor at , from 1975 to 1986. In 1986 Hänsch returned to Germany to head the "Max-Planck-Institut für Quantenoptik". In 1989, he received the of the , which is the highest honour awarded in German research. In 2005, he also received the Otto Hahn Award of the City of , the Society of German Chemists and the German Physical Society.

One of his students, , received the Nobel Prize in Physics in 2001.

In 1970 he invented a new type of laser which generated light pulses with an extremely high resolution (i.e. all the photons emitted from the laser had nearly the same energy, to a precision of 1 part in a million). Using this device he succeeded to measure the transition frequency of the of atomic with a much higher precision than before. During the late 1990s, he and his coworkers developed a new method to measure the frequency of laser light to an even higher precision, using a device called the optical frequency . This invention was then used to measure the Lyman line of atomic hydrogen to an extraordinary precision of 1 part in a hundred trillion. At such a high precision, it became possible to search for possible changes in the fundamental physical constants of the universe over time. For these achievements he became co-recipient of the Nobel Prize in Physics for 2005.

The Nobel Prize was awarded to Professor Hänsch in recognition for work that he did at the end of the 1990s at the Max Planck Institute in Garching, near Munich, Germany. He developed an optical "frequency comb synthesiser", which makes it possible, for the first time, to measure with extreme precision the number of light oscillations per second. These optical frequency measurements can be millions of times more precise than previous spectroscopic determinations of the wavelength of light.

The work in Garching was motivated by experiments on the very precise laser spectroscopy of the hydrogen atom. This atom has a particularly simple structure. By precisely determining its spectral line, scientists were able to draw conclusions about how valid our fundamental physical constants are - if, for example, they change slowly with time. By the end of the 1980s, the laser spectroscopy of hydrogen had reached the maximum precision allowed by interferometric measurements of optical wavelengths.

The researchers at the Max Planck Institute of Quantum Physics thus speculated about new methods, and developed the optical frequency comb synthesizer. Its name comes from the fact that it generates a light spectrum out of what are originally single-colour, ultrashort pulses of light. This spectrum is made of hundreds of thousands of sharp spectral lines with a constant frequency interval.

Such a frequency comb is similar to a ruler. When the frequency of a particular radiation is determined, it can be compared to the extremely acute comb spectral lines, until one is found that "fits". In 1998, Professor Hänsch received a Research Prize for the development of this "measurement device".

One of the first applications of this new kind of light source was to determine the frequency of the very narrow ultraviolet hydrogen 1S-2S two-photon transition. Since then, the frequency has been determined with a precision of 15 decimal places.

The frequency comb now serves as the basis for optical frequency measurements in large numbers of laboratories worldwide. Since 2002, the company Menlo Systems, in whose foundation the Max Planck Institute in Garching played a role, has been delivering commercial frequency comb synthesizers to laboratories all over the world.