It's My Life (Talk Talk song)

It's My Life (Talk Talk song)

Infobox Single
Name = It's My Life 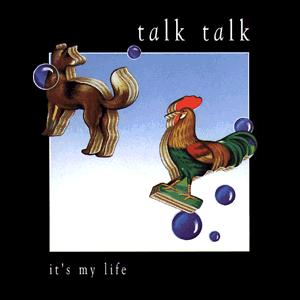 The song was the first collaboration between Hollis and Friese-Greene. [Irvin, Jim. "Paradise Lost". "Mojo": 50–6. February 2006.] "It's My Life" was released as the album's in January 1984 (see ), which started their drift from straightforward sound into more experimental albums. Both the song and the album are , but their instrumentation is richer than in the debut album. The single went #46 in charts - a relative disappointment - but reached #31 in the and charts, #30 in , #33 in , #25 in and #7 in (where Talk Talk had a huge success).

In 1990, "It's My Life" was reissued to promote the compilation "Natural History: The Very Best of Talk Talk". This time, the song was a major hit in the UK , charting at #13.

The song is also featured on the for and "" on the 'Flash FM' radio station. released a cover version of "It's My Life" for its 2003 compilation album "".

There are two versions of the video for "It's My Life." The first, envisioned by director as a statement against the banality of lip-synching, consists almost entirely of footage from nature documentaries, interspersed with shots of Talk Talk lead singer standing in the midst of the , with his mouth pointedly shut tight and often obscured by hand-drawn animated lines. The second version, recorded at the behest of , consisted of the entirety of the original video projected on a green screen behind Hollis and his two bandmates as they lip-synched and mimed the song, deliberately poorly and with comic exaggerated gestures. Hollis was "pissed off" in that shoot.