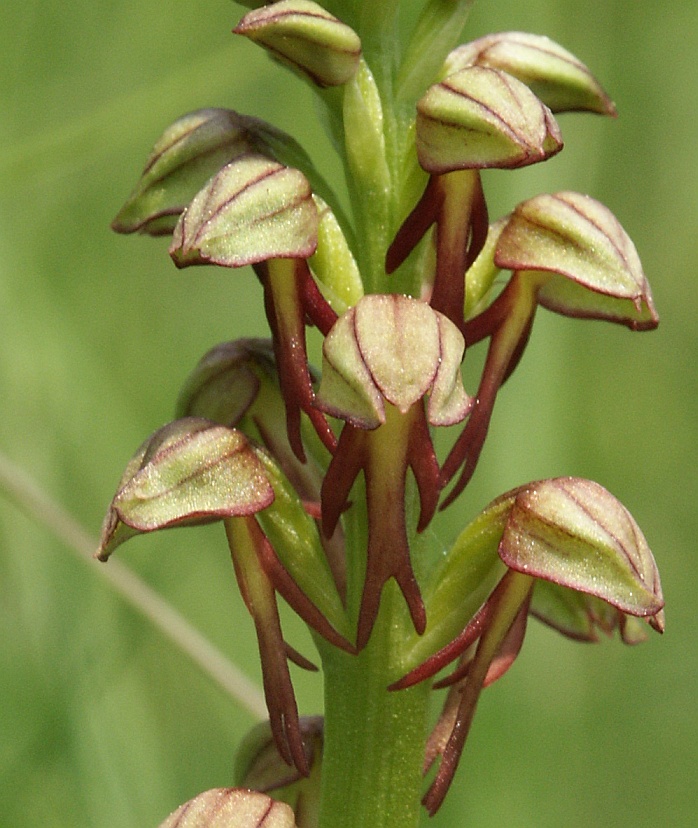 The Man orchid ("Aceras anthropophorum") is the only species of the "Aceras", although this is often placed within the closely related genus "", when the species is known as "Orchis anthropophora". Its common name arises from the resemblance of its s to a man, whose head is formed by the s and s, and the suspended torso and limbs by the lobes of the .

The man orchid is a , growing to a height of between 20 and 40 cm. A basal rosette of 5 cm lanceolate leaves develops from a of up 6 cm diameter, and between April and June a central flower spike is produced bearing up to fifty small, stemless flowers &ndash; the flowers vary from greenish with a yellow-green labellum to green streaked and marked with purple.

The man orchid favours moderately sunny meadows on dry to well-drained, often soil. It is to be found around the area, and in central and western as far north as southern . It also grows in alpine areas, though not at high altitude.