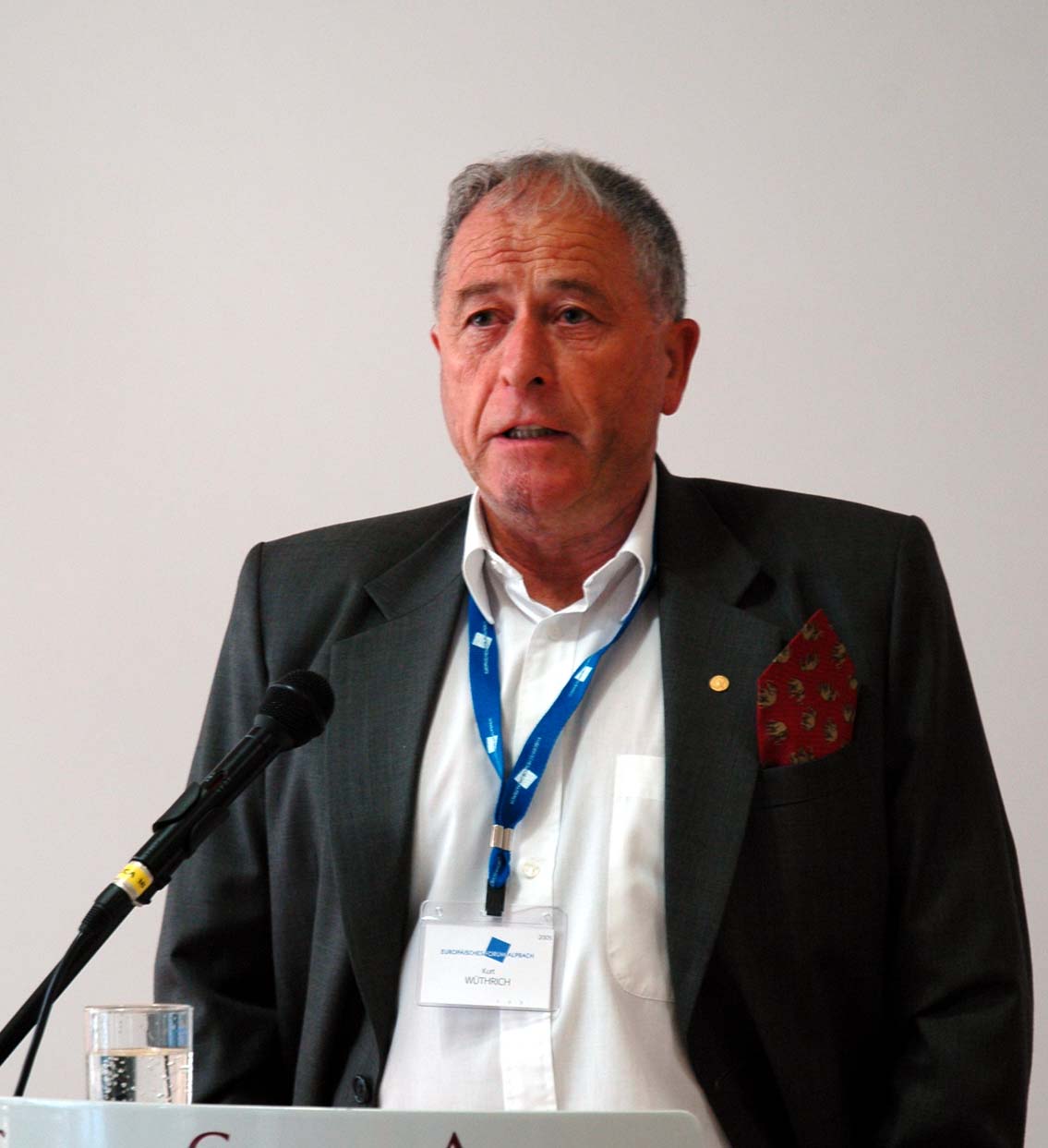 Born in , , Wüthrich was educated in , , and at the before pursuing his under the direction of at the , awarded in 1964. He continued post-doctoral work with Fallab for a short time before leaving to work at the for two years from 1965 with . That was followed by a stint working with at the Bell Telephone Laboratories in from 1967 to 1969.

Wüthrich returned to Switzerland, to , in 1969, where he began his career there at the , rising to Professor of Biophysics by 1980. He currently maintains a laboratory both at the and at , in .

During his graduate studies Wüthrich started out working with spectroscopy and the subject of his Ph. D thesis was "the catalytic activity of compounds in autoxidation reactions". During his time as a in Berkeley he began working with the newly developed and related technique of to study the hydration of metal complexes. When Wüthrich joined the Bell Labs, he was put in charge of one of the first NMR spectrometers, and started studying the structure and dynamics of proteins. He has pursued this line of research ever since.

After returning to Switzerland, Wüthrich collabrated with among others nobel laureate on developing the first 2 dimensional NMR experiments, and established the as a convenient way of measuring distances within proteins. This research later led to the complete assignment and of resonances for among others the bovine pancreatic trypsin inhibitor and .

He was awarded the from in 1991 and half of the in 2002 for "his development of for determining the three-dimensional structure of biological macromolecules in solution". He taught at as Handler Memorial Lecturer in .