Stay with Me Tonight

Stay with Me Tonight 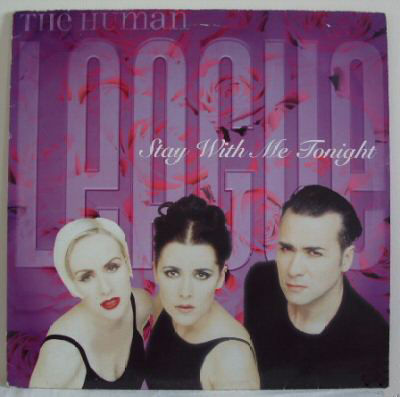 
"Stay With Me Tonight" is a song by the British group . It was jointly written by and producer , features lead vocals by Oakey; with backing by co-vocalists and . Post production by re-mixers 'Space Kittens'.

"Stay With Me Tonight" was recorded at HL Studios in Sheffield during 1995. It was released as a single in the UK in January 1996 by , where it reached number 40 in the UK singles chart remaining there for 2 weeks. The track had previously been a filler on the Human League Greatest Hits compilation album (1995 version).

Lyrically the song is (another) story by Oakey about being left by a girlfriend, and is written about their last night together.

It was critically well received, but was not heavily promoted and did not sell in large enough quantities to make any impact on the charts.

No official music video was ever recorded or released for "Stay With Me Tonight". However in 1997 producer John Von Ahlen of [http://www.subterrane.com.au Subterrane Studios] created an unofficial video that was distributed on the internet. The Von Ahlen video utilized animated stills using and Version 4.2 of Adobe Premiere. It has now become the defacto music video for the track. [Von Ahlen,John 1997 [http://www.youtube.com/watch?v=Pwu5sy-BBno] ]