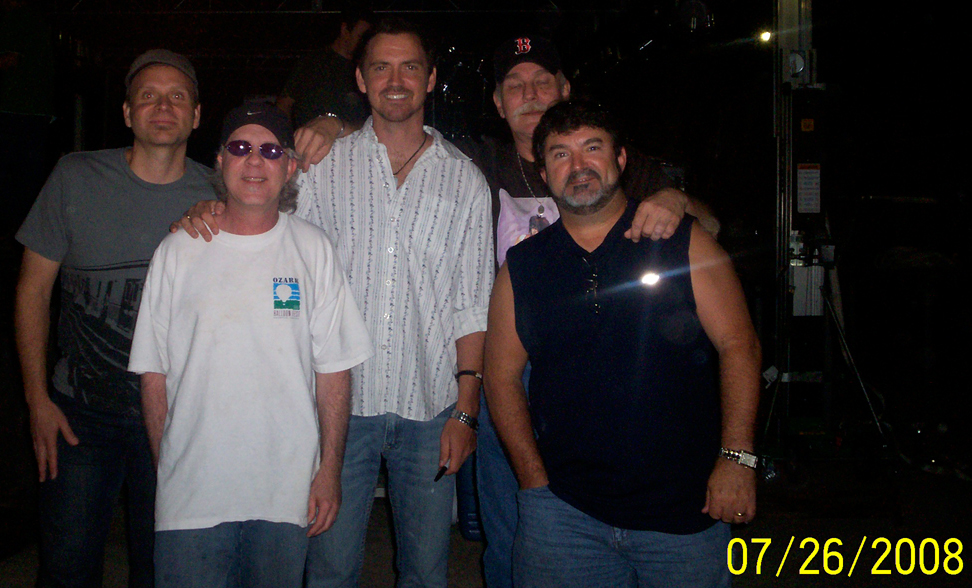 Overall, Shenandoah have released seventeen albums, and have charted twenty-six singles on the "Billboard" charts. This total includes five Number Ones: "The Church on Cumberland Road", "Sunday in the South" and "Two Dozen Roses" (all 1989), "Next to You, Next to Me" (1990), and "If Bubba Can Dance (I Can Too)" (1993).

ist Jim Seales and Mike McGuire formed Shenandoah in as a house band in Muscle Shoals, Alabama. They added three more members to the band a year later - singer , bass guitarist Ralph Ezell, and keyboard player Stan Thorn. McGuire invited songwriting friend Robert Byrne to one of the band's shows. Byrne was impressed with the band that he invited them into his recording studio to cut a demo. He pitched the demo to . Columbia was impressed with Shenandoah enough to sign them to the label shortly thereafter.

While Shenandoah was enjoying their success, they ran into legal problems in 1991, when three other bands bearing the Shenandoah name came forward and sued the band. To make matters worse, Columbia Records and Shenandoah parted ways after a legal entanglement involving their . This came after Columbia had issued Shenandoah's first greatest-hits compilation. Eventually, the band settled their legal issues and was signed to . Their fifth album, and first for , "Long Time Comin"', was released, producing the Top 5 hit, "Rock My Baby," the Top 15 "Leavin's Been a Long Time Comin'," and the Top 30 "Hey Mister (I Need This Job)." 1993 saw the release of Shenandoah's sixth album, "Under the Kudzu", producing the No. 1 "If Bubba Can Dance (I Can Too)," the Top 5 "I Want to Be Loved Like That," the Top 15 "Janie Baker's Love Slave," and the Top 50 "I'll Go Down Loving You."

In 1994, Shenandoah left RCA after a greatest-hits compilation was issued for that label and moved to (the Nashville division of ), and recorded their first album for the label, and eighth album overall, "In the Vicinity of the Heart". The album was released in January 1995, and produced the Top 10 hit "Somewhere in the Vicinity of the Heart," which was a duet with . (Shenandoah and Alison won a and a CMA award for the collaboration that same year.) The album also produced a Top 5 hit, "Darned If I Don't (Danged If I Do),"the Top 30, "Heaven Bound (I'm Ready)," and the Top 40, "Always Have, Always Will." (Keyboardist Stan Thorn left Shenandoah after the success of "Darned If I Don't (Danged If I Do)," and Stan Munsey replaced him). 1996 saw the release of their third greatest-hits album, "Now and Then". The album consisted mostly of re-recordings of their Columbia hits and also included four new tracks. One of the songs, "All Over But the Shoutin'," peaked at No. 43.

Lead singer Marty Raybon and bass guitarist Ralph Ezell both left Shenandoah after "Now and Then" was released, and Shenandoah eventually left Capitol. After Raybon left, he and his brother, Tim, formed a country duo, calling themselves the . The duo achieved country and pop success with their rendition of the hit "Butterfly Kisses." Marty has also released four albums of gospel music.

Meanwhile, the remaining members of Shenandoah, guitarist Jim Seales and drummer Mike McGuire, recruited lead singer Brent Lamb and bass guitarist Rocky Thacker, and in 2000, recorded their next album, "Shenandoah 2000", under a small independent label. The album produced a minor hit when "What Children Believe" peaked at No. 65. A couple of years later, original bass guitarist Ralph Ezell came back on board and a new lead singer, songwriter , also joined the lineup. (Wright had written two of Shenandoah's hits, "Rock My Baby," and "Next to You, Next to Me". The latter of these was a co-write with , with whom Wright also recorded in the duo .) The new lineup continued to tour all over the United States, until the passing of Ralph Ezell on November 30th, 2007 of an apparent heart attack. He was 54 years old. Mike Folsom succeeded him as the band's bass guitarist, and shortly afterward, Wright left to join the band , and songwriter Jimmy Yeary became the band's fourth lead vocalist.