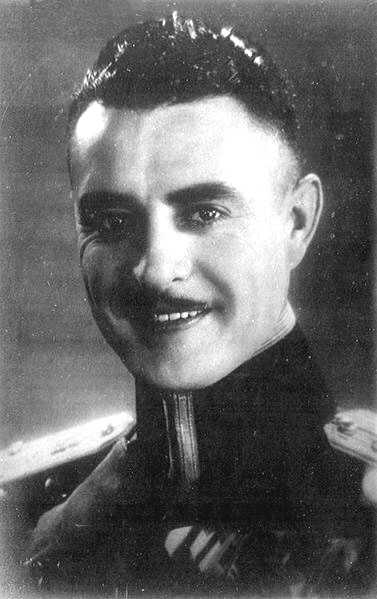 John Gilbert (, - , ) was an American actor and major star of the era.

Known as "the great lover," he rivaled even the great as a box office draw. Though he was often cited as one of the high profile examples of an actor who was unsuccessful in making the transition to , his decline as a star in fact had to do with studio politics and money and not the sound of his screen voice. [ Brownlow, Kevin: The Parade's Gone By, Crown Publishers, Inc., New York, 1968 ] According to the actress "Eleanor Boardman" and others, a fight between "Louis B. Mayer" and Gilbert erupted at what was to be his marriage to "Greta Garbo" for which she was a no-show, when Mayer made a snide remark. Gilbert promptly knocked his boss down, for which Mayer swore he'd get even. Mayer then proceded to sabotage the recording of his voice by increasing the treble; giving direction of his films to an inexperienced director who was on narcotic pain medication; refusing him good scripts, such as "The Dawn Patrol" which directors wanted to star him in; and editing his projects to ruin his films. [ Fountain, Leatrice Gilbert: Dark Star, St. Martin's Press, New York, NY 1985 ]

Born John Cecil Pringle in to stock company actor parents, he struggled through a childhood of abuse and neglect before coming to as a teenager. He first found work as an extra with the Studios, and soon became a favorite of , who also hired him to write and direct several pictures. He quickly rose through the ranks, building his reputation as an actor in such films as [http://www.imdb.com/title/tt0010227/ "Heart o' the Hills"] opposite . In 1921, Gilbert signed a three year contract with , where he was cast as a romantic . Some of his films for Fox include: "Monte Cristo", an adaptation of "The Count of Monte Cristo" ; "St. Elmo", an adaptation of a popular book of the period; "The Wolf Man" , which despite its title is the story of a man who believes he murdered his fiancee's brother while drunk, not someone who turns into a werewolf; and many others. At the time, Gilbert did not sport his famous mustache, which made his features more uneven and a little less handsome, and Fox plainly did not realize what huge potential he had.

In 1924, he moved to , where he became a full-fledged star with such high-profile films as [http://www.imdb.com/title/tt0014991/ "His Hour"] directed by and written by ; "" (1924), co-starring and , and directed by ; and "The Merry Widow" (1925) directed by and co-starring . In 1925, Gilbert was once again directed by Vidor in the war epic "", which became the second highest grossing silent film in cinema history. His performance in this film made him a major star. The following year, Vidor reunited Gilbert with two of his co-stars from that picture, and , for the film "" which also starred .

Gilbert married the highly successful film actress in 1922. The union produced a daughter, Leatrice Gilbert Fountain, but the tempestuous marriage only lasted two years. The couple divorced in 1924, with Joy charging that Gilbert was a compulsive .

In 1926, Gilbert made "", his first film with . They soon began a very public relationship, much to the delight of their fans. Gilbert planned to marry her, but Garbo changed her mind and never showed up for the ceremony. Despite their rocky off-screen relationship, they continued to generate box-office revenue for the studio, and MGM paired them in two more silents "Love" (1927), a modern adaptation of "", and "A Woman of Affairs" (1928). The former film was slyly advertised by MGM as "Garbo and Gilbert in "Love"."

Throughout his time at MGM, Gilbert frequently clashed with studio head over creative, social and financial matters. One crucial event occurred on , . While guests were waiting for Garbo to show up for a proposed double wedding ceremony -- Garbo and Gilbert with the director and his fiancee, actress -- Mayer allegedly made a crude remark about Garbo to the distraught Gilbert that caused him to fly into a rage and he physically attacked the mogul. Rumor had it that after that event, Gilbert's career began its downward slide. This story has been disputed by some historians, despite its having been reported over a period of twenty years by one major eyewitness, the other bride, Eleanor Boardman who described Mayer's final look at Gilbert as "terrifying". Gilbert did have a powerful supporter in production head . The two were old friends and Thalberg made efforts to reinvigorate Gilbert's career, but Thalberg's failing health probably limited such efforts.

With the coming of sound, John Gilbert first spoke in the film "His Glorious Night" (1929), in which his voice allegedly recorded in a high-pitched tone that made audiences giggle. He spoke again in the all-talking musical "", appearing in a Romeo and Juliet sequence along with in which they first played the part straight and then modernized it. Reviewers for the film did not note any problems with Gilbert's voice at this time and, in fact, some praised it. Gilbert's career faltered mainly due to the quality of the projects he was given -- though it is certainly true that his light tenor voice and precise stage diction did not match his dashing screen persona, or what his many fans had imagined him to sound like. A recent documentary, "The Dawn of Sound: How the Movies Learned to Talk" (2007), convincingly demonstrates that with improved recording equipment Gilbert's voice was suitably deep. In fact, noted film historian Leonard Maltin in a rare flash of almost-anger expresses outrage that in the "twenty-first century" people still believe the "rumor" that Gilbert's voice was deficient, and calls for killing that story once and for all.

According to film reviews of the day, audiences actually laughed at Gilbert's overly ardent love-making in "His Glorious Night". Like a number of other romance-oriented early talkies, the dialogue was unintentionally ludicrous and the film played more like a comedy gone bad than a romantic drama. In one scene, Gilbert keeps kissing his leading lady () while saying over and over again "I love you". This scene was famously later parodied in the MGM musical "Singin' in the Rain" (1952) where a preview of the fictional "The Dueling Cavalier" flops disastrously. Director stated that , Gilbert's main rival in the 1920s for romantic leads, probably would have suffered the same fate in the talkie era, had he lived.

Although Gilbert was given better roles in his later films, his career never recovered from this disaster. The film was released throughout the country to laughing audiences and his image as a great lover was tarnished. "His Glorious Night" has never been shown on television by because MGM sold the rights to Paramount for a remake, and Universal -- which currently owns the rights to all pre-1948 Paramount films -- has not done anything with it.

One of his few good talking films was 1931's "The Phantom of Paris", which was a project designed for the great to star in until his death from cancer in 1930.

In 1932 made the film "" from Gilbert's original story, in which Gilbert played against type as a scheming, blackmailing chauffeur. The film was well received by critics, but did nothing to restore Gilbert's popularity. Shortly after making the film he married co-star ; the couple divorced in 1934.

Gilbert starred opposite Garbo for the last time in "Queen Christina" (1933) directed by . Garbo was top-billed and Gilbert's name beneath the title. Although his scenes with Garbo are excellent the picture failed to revive his career, with his next film, , being his last.

By that point, had severely damaged his health, and he died of a heart attack without ever regaining his former reputation. Towards the end of his life, Gilbert became involved with , and at the time of his death he was [http://movies2.nytimes.com/gst/movies/movie.html?v_id=119963 slated] to star opposite her in the film "Desire".

On his passing in 1936, at the age of 36, John Gilbert was interred in the Forest Lawn Memorial Park Cemetery in .

He was married four times (including once to film and stage actress ), and had two daughters. His daughter Leatrice Gilbert Fountain (from his marriage to silent film actress ), wrote an acclaimed biography of her father's life published in 1985, and continues as a source of information on his life and career.

John Gilbert has a star on the at 1755 Vine Street and in 1994, he was honoured with his image on a United States postage stamp designed by caricaturist .