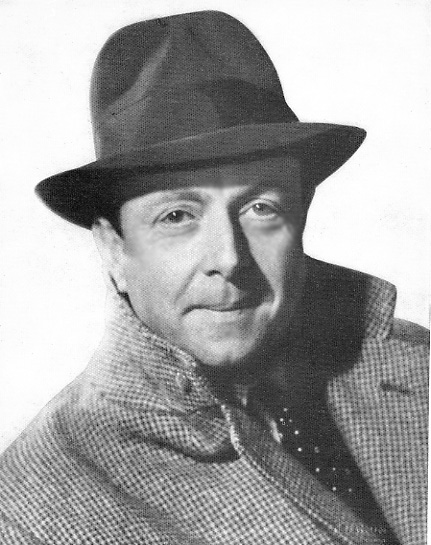 birthname = Archibald Joseph Cronin
birthdate = birth date|1896|7|19|df=y| birthplace = Cardross, Scotland
deathdate = death date|1981|1|6|1896|7|19|df=y
deathplace = Montreux, Switzerland
occupation = M.D., Writer Archibald Joseph Cronin (19 July 1896–6 January 1981) was a Scottish novelist, dramatist, and non-fiction writer who was one of the most renowned storytellers of the twentieth century. His best-known works are "", "The Citadel", "", and "", all of which were adapted to film. He also created the character, the of a series of stories that served as the basis for the long-running television and radio series entitled "Dr. Finlay's Casebook".

Cronin was not only a precocious student at Dumbarton Academy who won many prizes and writing competitions, but an excellent athlete and footballer. From an early age, he was an avid er, a sport he enjoyed throughout his life, and he loved as well. The family later moved to , , where he attended St. Aloysius' College. Due to his exceptional abilities, he was awarded a scholarship to study at the in 1914. He was absent during the 1916-1917 session for naval service and graduated with highest honours in 1919, being awarded an M.B. and a . Cronin went on to earn additional degrees, including a Diploma in Public Health (1923) and his MRCP (1924). In 1925, he was awarded an from the University of Glasgow for his , entitled "The History of ."

Cronin served as a surgeon during before graduating from medical school. After the war, he trained at various hospitals before taking up his first practice in , a town in South Wales. In 1924, he was appointed Medical Inspector of Mines for , and over the next few years, his survey of medical regulations in collieries and his reports on the correlation between coal dust inhalation and pulmonary disease were published. Cronin drew on his experiences researching the occupational hazards of the mining industry for his later novels "The Citadel", set in Wales, and "", set in . He subsequently moved to , London and opened his own medical practice in , before starting another thriving practice on . Cronin was also the medical officer for at this time and was becoming increasingly interested in .

, the only publishing house to which the manuscript had been submitted. The novel was a great success, launching his career as a prolific author, and he never returned to practicing medicine.

Many of Cronin's books were bestsellers which were translated into numerous languages. His strengths included his skill and his powers of acute observation and graphic description. Although noted for its deep social , his work is filled with colorful characters and witty dialogue. Some of his stories draw on his medical career, dramatically mixing realism, romance, and . In addition to stressing the need for tolerance, Cronin's works examine moral conflicts between the individual and society as his idealistic heroes pursue justice for the common man.

"The Citadel" incited the establishment of the in the United Kingdom by exposing the inequity and incompetence of medical practice at the time. Not only were the author's pioneering ideas instrumental in the creation of the NHS, but the popularity of his novels played a substantial role in the Labour Party's landslide 1945 victory. [R. Samuel, "North and South," "London Review of Books" 17.12 (22 June 1995): 3-6.]

Cronin also contributed a large number of stories and essays to various publications.

It was at university that he met his future wife, Agnes Mary Gibson, who was also a medical student. May was the daughter of Robert Gibson, a master , and Agnes Thomson Gibson ( ) of Hamilton, Lanarkshire. She and Cronin married on 31 August 1921. As a doctor, May helped her husband with research and worked in the while he was employed by the , and she also assisted him with his practice in London. When he became an author, she would his s. Their first son, Vincent, was born in Tredegar in 1924. Their second son, Patrick, was born in in 1926. Andrew, their youngest son, was born in London in 1937.

In the late 1930s Cronin moved to the with his family, living in Bel Air, California and before eventually settling in New Canaan. Cronin also had homes on the and in , and summered in .

Ultimately, Cronin returned to Europe, residing in and , for the last twenty-five years of his life and continuing to write into his eighties. He included among his friends , , and . He died on 6 January 1981 in Montreux, and is interred at . Many of Cronin's writings, including published and unpublished literary manuscripts, drafts, letters, school exercise books and essays, books, and his M.D. thesis, are held at the . [ [http://www.nls.uk/catalogues/online/cnmi/list.cfm?letter=C National Library of Scotland - Manuscript Collections] ]