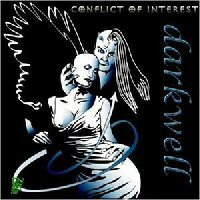 "Conflict of Interest" is an by Austrian band, . It was released in on . The song "" was originally by .