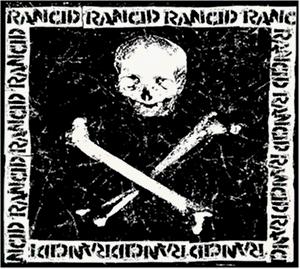 
"Rancid" (commonly referred to as "Rancid 5" or "Rancid 2000") is the second self-titled by Rancid, released on , . It is Rancid's most hardcore offering to date, which was released as a follow up to the more ska and reggae oriented "". It spans 22 tracks in under 40 minutes, resulting in over 3/4 of the songs clocking at under 2 minutes. Songs on the album make reference to famous gangster , as well as Norse God , and .

temporarily reunited with Rancid and became their producer for this album. It was 6 years since he co-produced the band's 1994 second album "Let's Go", although he engineered the band's 1995 classic "". Rancid and Gurewitz would continue their collaboration for their next two albums, "Indestructible" and their untitled upcoming release.