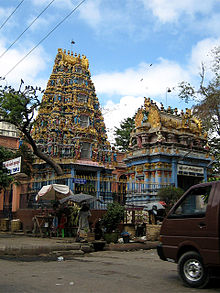 Burmese Indians (Burmese: ကုလားလူမျိုး; MLCTS: ku. la: lu myui:) are a group of people of Indian subcontinental ethnicity who live in Myanmar (Burma). While Indians have lived in Burma for many centuries, most of the ancestors of the current Burmese Indian community emigrated to Burma from the start of British rule in the mid 19th century to the separation of British Burma from British India in 1937. During British times, ethnic Indians formed the backbone of the government and economy serving as soldiers, civil servants, merchants and moneylenders. A series of anti-Indian riots beginning in 1930 and mass emigration during the Japanese occupation of Burma followed by the forced expulsion of 1962 left ethnic Indians with a much reduced role in Burma.

Ethnic Indians today account for approximately 2% (about 950,000) of the population of Burma and are concentrated largely in the two major cities (Yangon and Mandalay) and old colonial towns (Pyin U Lwin and Kalaw). They are largely barred from the civil service and military and are disenfranchised by being labeled as 'foreigners' and 'non-citizens' of Burma. Amongst the well-known Burmese Indians is S. N. Goenka, a leading practitioner and teacher of the vipassanā meditation technique and Helen, a well-known Bollywood film actress.

The term "Burmese Indian" refers to a broad range of ethnic groups from South Asia, most notably from present-day Bangladesh and India. Indians have a long history in Burma with over 2000 years of active engagement in politics, religion, culture, arts and cuisine. Within Burma, they are often referred to as ka-la (a term generally used for dark skinned foreigners though it has historically been also used to describe foreigners from the west), a term that is considered derogatory or Kala Lumyo. Its root is believed to be ku la meaning either "to cross over (the Bay of Bengal)" or "person" depending on the way it is pronounced.[1] An alternative explanation is that the word is derived from “Ku lar”, meaning the people who adhere to a caste system.[2]

The majority of Indians arrived in Burma whilst it was part of British India. Starting with the annexation of Tenasserim and Western Burma after the First Anglo-Burmese War, a steady stream of Indians moved to Burma as civil servants, engineers, river pilots, soldiers, indentured labourers and traders.[1] Following the annexation of Upper Burma in 1885, numerous infrastructure projects started by the British colonial government and increases in rice cultivation in the delta region caused an unprecedented economical boom in Burma that drew many Indians, particularly from southern India, to the Irrawaddy Delta region.[3]

After the First World War, anti-Indian sentiments began to rise[4] for a number of reasons. The number of ethnic Indians was growing rapidly (almost half of Yangon's population was Indian by the Second World War[5]) and recent immigrants had a low standard of living and were willing to do dirty and dangerous jobs. Indians played a prominent role in the British administration and became the target of Burmese nationalists.[1] Racial animosity toward Indians because of their skin-color and appearance also played a role.[6] Meanwhile, the price of rice plummeted during the economic depression of the 1930s and the Chettiar from South India, who were prominent moneylenders in the rice belt, began to foreclose on land held by native Burmese.[1][6][7]

In May 1930, a British firm of stevedores at the port of Rangoon employed Burmese workers in an attempt to break a strike organized by its Indian workers. When, on May 26, the strike ended and the Indians returned to work, clashes developed between the returning Indian workers and the Burmese workers who had replaced them. The clashes soon escalated into large-scale anti-Indian and anti-Muslim riots in the city. Over two hundred Indians were killed and their bodies flung into the river. Authorities ordered the police to fire upon any assembly of five or more who refused to lay down their arms, under Section 144 of the Criminal Procedure Code. Within two days the riot spread throughout the country to locations such as Maymyo.[8]

The Second World War and after

At the start of World War II, almost half of Rangoon's (Yangon) population was Indian or South Asian,[5] and about 16% of the population of Burma was ethnically Indian.[9] As a consequence of the Japanese invasion of 1942, half a million members of the Indian community fled Burma overland into Assam, largely on foot. The refugees suffered terribly and thousands died. Some of the Indian community remained in Burma during the war, others returned after the war, although many never did.[7] After Independence, Burmese law treated a large percentage of the Indian community as "resident aliens". Though many had long ties to Burma or were born there, they were not considered citizens under the 1982 Burma citizenship law which restricted citizenship for groups immigrating before 1823.[10]

After he seized power through a military coup in 1962, General Ne Win ordered a large scale expulsion of Indians. Although many Indian had been living in Burma for generations and had integrated into Burmese society, they became a target for discrimination and oppression by the junta. This, along with a wholesale nationalization of private ventures in 1964, led to the emigration of over 300,000 ethnic Indians from Burma.[7] Indian owned businesses were nationalized and their owners were given 175 kyat for their trip to India. This caused a significant deterioration in Indian-Burmese relations and the Indian government arranged ferries and aircraft to lift Burmese of Indian ethnicity out of Burma.[11] 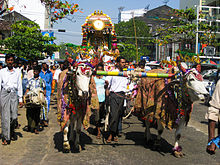 A Hindu temple procession in Yangon.

India has been particularly influential in Burmese culture as the cradle of Buddhism, and ancient Hindu traditions can still be seen in Brahmans presiding over important ceremonies such as weddings and ear-piercings but most notably in Thingyan, the Burmese New Year festival.[6] The Burmese poetry tradition of niti (notably the Dhammaniti) also has Indian origins.[12] Traditions of kingship including coronation ceremonies and formal royal titles as well as those of lawmaking were also Hindu in origin.[6] Many Burmese dishes and breads came as a result of Indian influence, prominently reflected in the Burmese version of Indian biryani.

Burmese Indians consist of numerous groups from different parts of India, including Tamilians, Hindi speakers, Bengali, Gujarati, Oriya, Punjabis and Pathans. They form approximately 2% (about 950,000)[13] of the population, according to the CIA World Factbook 2006, although exact figures do not exist due to uncertainties over census results and methods in Myanmar. Disaffected young Muslims often flee the cities and join ethnic resistance groups. The All Burma Muslim Union, which the government routinely considers "Muslim terrorist insurgents," operates alongside the Karen National Union and, despite a swelling of its ranks following anti-Muslim riots in the eighties, remains a very minor force.[14] 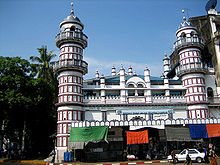 The Bengali Sunni Jameh Mosque, built in the colonial era, is one of many mosques in Yangon.

Burmese Indians practise Hinduism, Islam (Mahamaydin - Muhammadan pronounced in Myanmar language) , Sikhism, Buddhism and Christianity. Burmese Muslims, some of them of mixed blood born of Burmese mothers and some of them with full Burmese blood, call themselves Bama Musalin (ဗမာမူစလင္) and the majority belongs to the Sunni sect with small numbers of Shi'as.[15] The Burmese call them Zaydabayi or Pathi kala (ပသီကုလား). Both Hindu and Muslim Burmese Indians are not allowed to fully celebrate any of their religious ceremonies. They can not run religious parades anywhere in Burma. The military dictatorship rejects or ignores their requests when they want to build mosques in the country or to go abroad for religious ceremonies.[3][14]

Burmese Indians are from an array of ethnic backgrounds. There are Tamils, Punjabis, Parsis, Gujaratis and Marawaris as well as Bengalis and Pathans. All can communicate in Burmese, due to years of assimilation and lack of education in languages other than English. Other languages used by Burmese Indians include Urdu, Hindi, and Tamil.

Historically, Burmese Indians have made their livelihoods as merchants, traders and shopkeepers as well as manual labourers such as coolies, dockers, municipal workers, rickshaw men, pony cart drivers, malis and durwans. They were also heavily represented in certain professions such as civil servants, university lecturers, pharmacists, opticians, lawyers and doctors. They dominated several types of businesses such as auto parts and electrical goods, ironmongery and hardware, printing and bookbinding, books and stationery, paper and printing ink, tailoring and dry-cleaning, English tuition, and money lending. They traded in textiles, gold and jewellery, where the market was traditionally dominated by Burmese women. The Chettiars of Burma functioned as moneylenders and have been thought crucial in the growth in agricultural output of Burma during the colonial era.[16] Today, many Indians live in central Rangoon on both sides of the Su Lei Paya Road and are largely involved in businesses, including restaurants, jewellery shops and money exchanges. 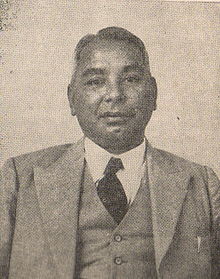