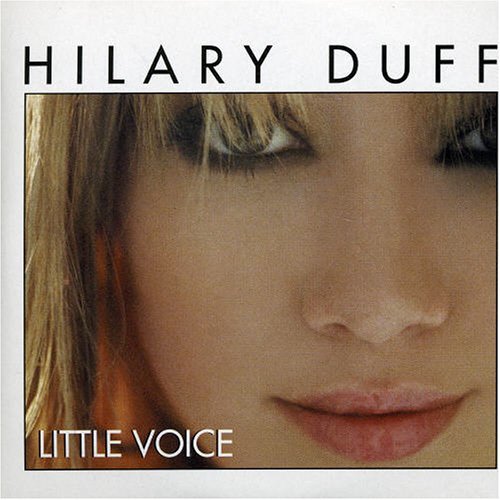 "The Little Voice" is a 2000 song by Swedish singer , written by and Patrik Berger (see ). It was the second single from her debut album, "The Little Voice", and it had heavy promotion and the accompaniment of a lavish . It peaked at number fifty-one on the singles chart in , and Sahlene's record label went bankrupt before the release of her album. [ [http://swedishcharts.com/showitem.asp?key=58060&cat=s "Sahlene - The Little Voice (song)"] . swedishcharts.com.] [Franzén, Mattias. [http://www.stim.se/stim/prod/stimv4eng.nsf/AllDocuments/B36DB66D142607A1C125723B00406CDD "Anna Sahlin - topline writer dependent on inspiration"] . . .] The on the single is "Hush Hush".

American pop singer recorded a cover of the song for her first album, "Metamorphosis" (2003). Her cover, which is titled "Little Voice" and features different lyrics from the original, was released as the third single from the album. and Disney released the in on (see ); it included an exclusive track, a dance remix of "Party Up". [ [http://www.amazon.com/dp/B00020H8SA "Little Voice, Pt. 1 [CD-SINGLE] [IMPORT] "] . . Retrieved .] The song reached number twenty-nine in Australia

The music video for Little Voice is a video from " the girl can rock " tour. And shows cuttings of the Little Voice appears and the tour.