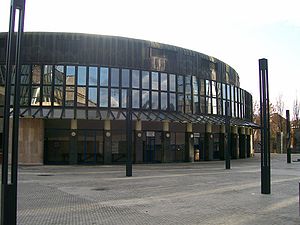 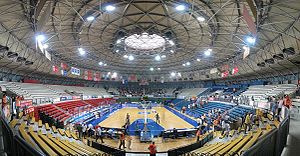 Dražen Petrović Basketball Hall (Croatian: Košarkaški centar Dražen Petrović or Dvorana Dražen Petrović) is an Indoor sporting arena in Zagreb, Croatia. It serves as the home court for the professional basketball club KK Cibona. The arena has a seating capacity of 5,400 people.

The arena was built in 1987,to be used at 1987 Summer Universiade and was then known as the Cibona Sports Center. In 1993 it was renamed after the late former NBA player and basketball Hall of Famer Dražen Petrović, a former Cibona star. Petrović died earlier that same year in a car accident, cutting his great career short.

Cardinal Franjo Kuharić organized the first Christmas in Cibona concert in 1989, and since then it has been held annually.[1]