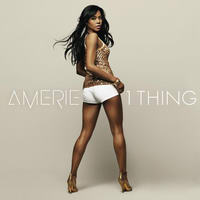 "1 Thing" is an R&B song written by American singer-songwriter and for Amerie's second studio album, "Touch" (2005). The song is influenced by rhythms and features a prominent sample of ' 1970 recording of "Oh, Calcutta!". Its lyrics focus on an unidentified "thing" that fuels a romantic attraction.

The song was released as "Touch" in 2005 (see ), and is the only single from the soundtrack to the 2005 romantic comedy film "Hitch". "1 Thing" peaked at number eight in the United States and number four in the United Kingdom, becoming Amerie's first top ten single and her biggest hit to date, also peaking at number one on the U.S. R&B singles chart. Its digital download and releases were each certified gold by the . The song earned Amerie a nomination for Best Female R&B Vocal Performance at the 2006 Grammy Awards. A of "1 Thing" features rapper Eve.

"1 Thing" was produced by Harrison and is built around a sample of ' 1970 version of the theme song from "", "Oh, Calcutta!", written by Samuel Walden. Built around The Meters' y beat-driven percussion, "1 Thing" finds Amerie lamenting on an aspect of a relationship that keeps her satisfied. Even if other factors are less than positive, there is one thing that keeps her hooked ("It's this one thing that's got me trippin..."). Amerie said that the inspiration from the song came from a conversation she had with Harrison "about relationships and how there's always one thing that keeps you attracted to someone. No matter what they do or how they act, there's that one undeniable thing that keeps you coming back."

Despite being based on a New Orleans funk sample, the song belies a strong influence. Harrison likened the two based on their heavy use of percussion and .

In 2004, when working on her second album, Amerie enlisted the services of producer Rich Harrison, who had helped produce and write her first album. In May 2004, Harrison heard "Oh, Calcutta!" for the first time and began working on the beat accompanying the ten-second back-and-forth breakdown between Meters drummer and guitarist . Harrison said he loved the work of the Meters, especially Modeliste, commenting, "Ziggy, he's crazy."

Amerie's manager, Len Nicholson, felt the song was "the single" to release.

Later in 2004, six months after recording "1 Thing", Amerie and Harrison leaked it to U.S. radio stations in an attempt to get it released officially.

The song was successful in the British Isles. On the , "1 Thing" debuted at number four in May 2005. It was unable to reach a higher position and spent fourteen weeks on the chart. The song ended the year as the thirty-eighth best-selling single in the UK. [ [http://www.bpi.co.uk/pdf/BestSellingSingles01-05.pdf "Best Selling Singles 2005"] (). . Retrieved August 29, 2008.] In Ireland, the song debuted at number ten on the . It climbed to number six in two weeks, remaining on the chart for another nine weeks.

Video, remixes, covers, and other uses

The for "1 Thing", directed by Chris Robinson and Amerie, revealed to the public the singer's sexual side.

The song's only official features guest vocals from rapper Eve,