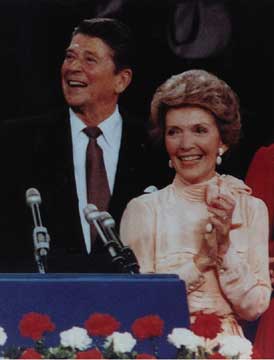 During the convention, the possibility of choosing former president as the vice-presidential nominee was given at least some consideration. Ford asked for certain powers and prerogatives that has been described as making Ford a co-president. This included the return of as Secretary of State and the appointment of as . The two sides could not agree and ultimately, George Bush was chosen less than 24 hours before the ticket was announced. [http://www.hoover.org/publications/digest/3492521.html]

The Reagan-Bush ticket went on to win the 1980 presidential election by a .