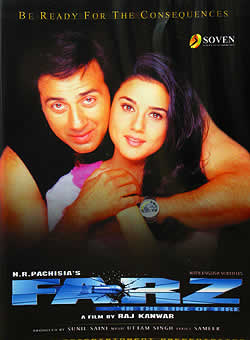 ACP Arjun Singh () and his brother-in-law, Tayaji () are with the police force but when Tayaji is killed on duty Arjun's family are devastated by his death. His wife Rukmani (), daughter Kajal () and son Rahul are shattered by his death and soon Arjun is fearful that the same person that killed his brother-in-law will come after him or his family.

His new partner, Karan Singh () is quite controversial in his methods of getting justice and can at time break the rules. Arjun is also angered about the fact that his daughter has developed a crush for Karan. Soon the city is being terrorized by Gawa Firozi () and his brother Sikander (Mukesh Tiwari). The two officers have to work together to capture stop them.