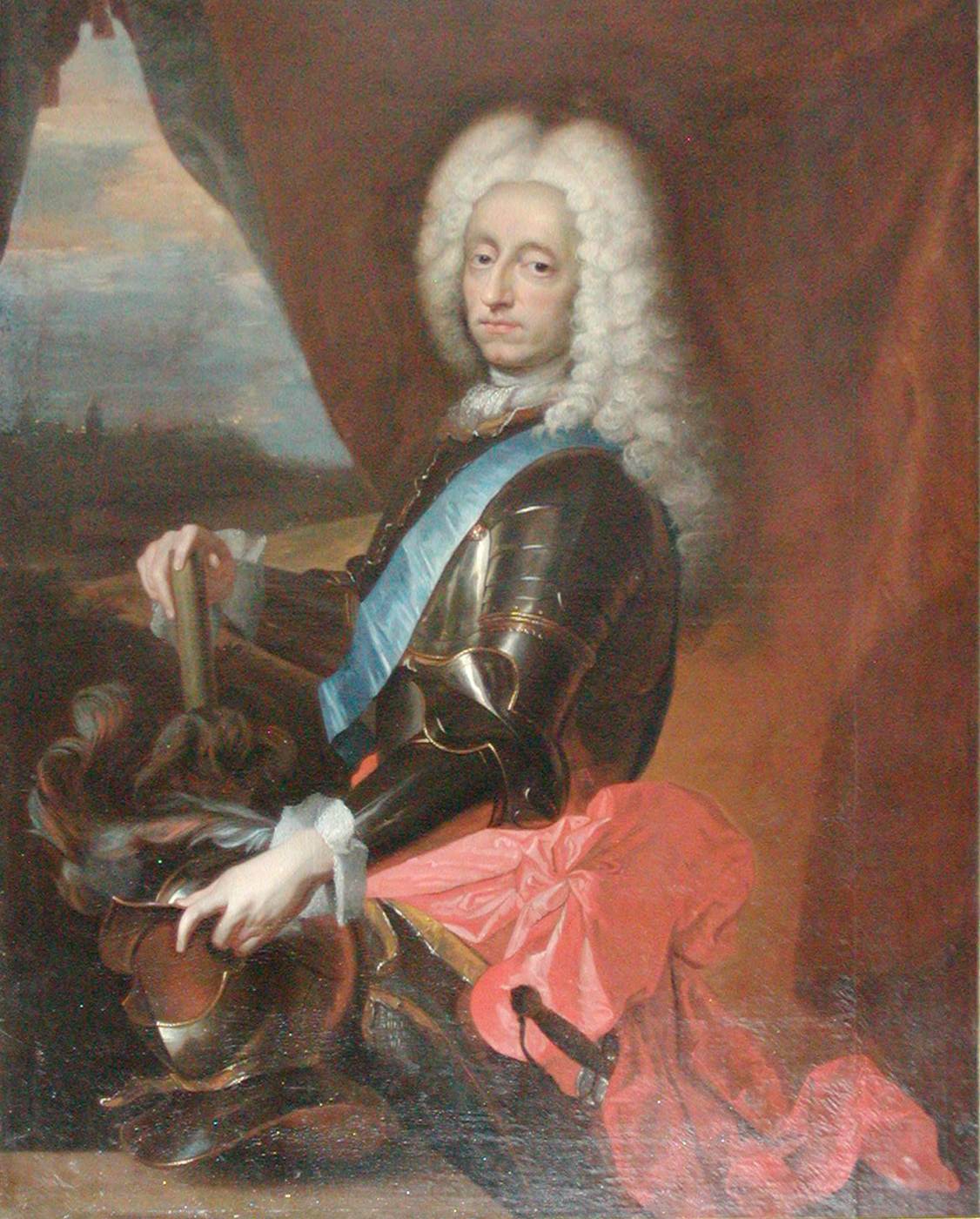 For much of Frederik IV's reign Denmark was engaged in the (1700-1721) against Sweden. A first short-lived encounter 1700 ended with a Swedish invasion and threats from Europe's western naval powers. In 1709 Denmark again entered the war encouraged by the Swedish defeat at . Frederick IV commanded the Danish troops at the in 1712. Although Denmark emerged on the victorious side, she failed to reconquer lost possessions in southern Sweden. The most important result was the destruction of the pro-Swedish duchy of Holstein-Gottorp re-establishing Denmark's domination in Schleswig-Holstein.

His most important domestic reform was the abolition in 1702 of the so-called "vornedskab", a kind of which had fallen on the peasants of in the later . His efforts were largely in vain because of the introduction of in 1733.

After the war, trade and culture flowered. The First Danish theatre, Lille Grönnegade was created and the great dramatist began his career. Also the colonisation of was started by the missionary . Politically this period was marked by the king's connection to the s, the er relatives of his last queen, and by his growing suspicion toward the old nobility.

During Frederick's rule was struck by two disasters: the plague of 1711, and the great of October 1728 which destroyed most of the medieval capital. Although the king had been persuaded by to introduce the in Denmark-Norway in 1700, the astonomer's observations and calculations were among the treasures lost to the fire.

Frederik IV, having twice visited Italy, had two pleasure s built in the Italian style: and , both considered s to the conclusion of the .

Frederick was deemed a man of responsibility and industry &mdash; often regarded as the most intelligent of Denmark's absolute monarchs. He seems to have mastered the art of remaining independent of his ministers. Lacking all interest in academic knowledge, he was nevertheless a patron of culture, especially in art and architecture. His main weaknesses were probably pleasure-seeking and womanising (he is the only Danish king known to have committed ), which sometimes distracted him.

His mother was Charlotte, daughter of William VI, of . Without divorcing his first queen, whom he had wed 5 December 1695, Frederick married twice more; in 1703, he married (d.1704), and the second time, Frederick carried off the 19 year-old Countess from her home in Clausholm near on 26 June 1712 and secretly wed her at . At that time he accorded her the title "Duchess of Schleswig" (derived from one of his own subsidiary titles). Three weeks after Queen Louise's death in Copenhagen on 4 April 1721, he married her again, this time declaring her queen (the only wife of an hereditary Danish king to bear that title who was not a princess by birth). [cite book| coauthors = Huberty, Michel, Alain Giraud,F. and B. Magdelaine| title = L'Allemagne Dynastique Tome VII Oldenbourg| date = 1994| location = Le Perreux-sur-Marne, France| pages = 115, 129| id = ISBN 2-901138-07-1] Of the eight children born to him of these three wives, only two survived to adulthood, and the spinster princess, Charlotte-Amalia, both from the first marriage.

Nonetheless, much of the king's life was spent in strife with kinsmen. and were his [http://en.wikipedia.org/wiki/

The Reventlows took advantage of their kinship to the king to . The sister of Anna, the salonist , was nicknamed Madame Chancellor because of her influence. Within a year of conferring the crown matrimonial on Countess Reventlow, Frederick also recognized as dynastic the issue of the morganatic marriages of two of his kinsmen, Duke Philip Ernest of Schleswig-Holstein-Glucksburg (1673&ndash;1729) and Duke Christian Charles of Schleswig-Holstein-Plön-Norburg (1674-1706), to non-royal noblewomen. The other Schleswig-Holstein dukes of the perceived their interests to be injured, and Frederick found himself embroiled in their complicated lawsuits and petitions to the . [cite book| coauthors = Huberty, Michel, Alain Giraud,F. and B. Magdelaine| title = L'Allemagne Dynastique Tome VII Oldenbourg| date = 1994| location = France| pages = 110, 129, 151-152| id = ISBN 2-901138-07-1] Also offended by the countess's elevation were King Frederick's younger, unmarried siblings, Princess Sophia Hedwig (1677&ndash;1735) and Prince Charles (1680&ndash;1729, who withdrew from Copenhagen to their own rival court at the handsomely re-modelled [http://myndigheder.danmark.dk/myndighed.asp?page=orgenh&objno=1190819 Vemmetofte Cloister] (later a haven for dowerless damsels of the nobility. [cite web| title = Vemmetofte| url = http://www.vemmetofte.dk/english/historiegb.htm| accessdate = 2006-10-13]

During King Frederick's last years he was afflicted with weak health and private sorrows that inclined him toward . That form of faith would rise to prevalence during the reign of his son. On his death in 1730, Frederick IV was interred in .