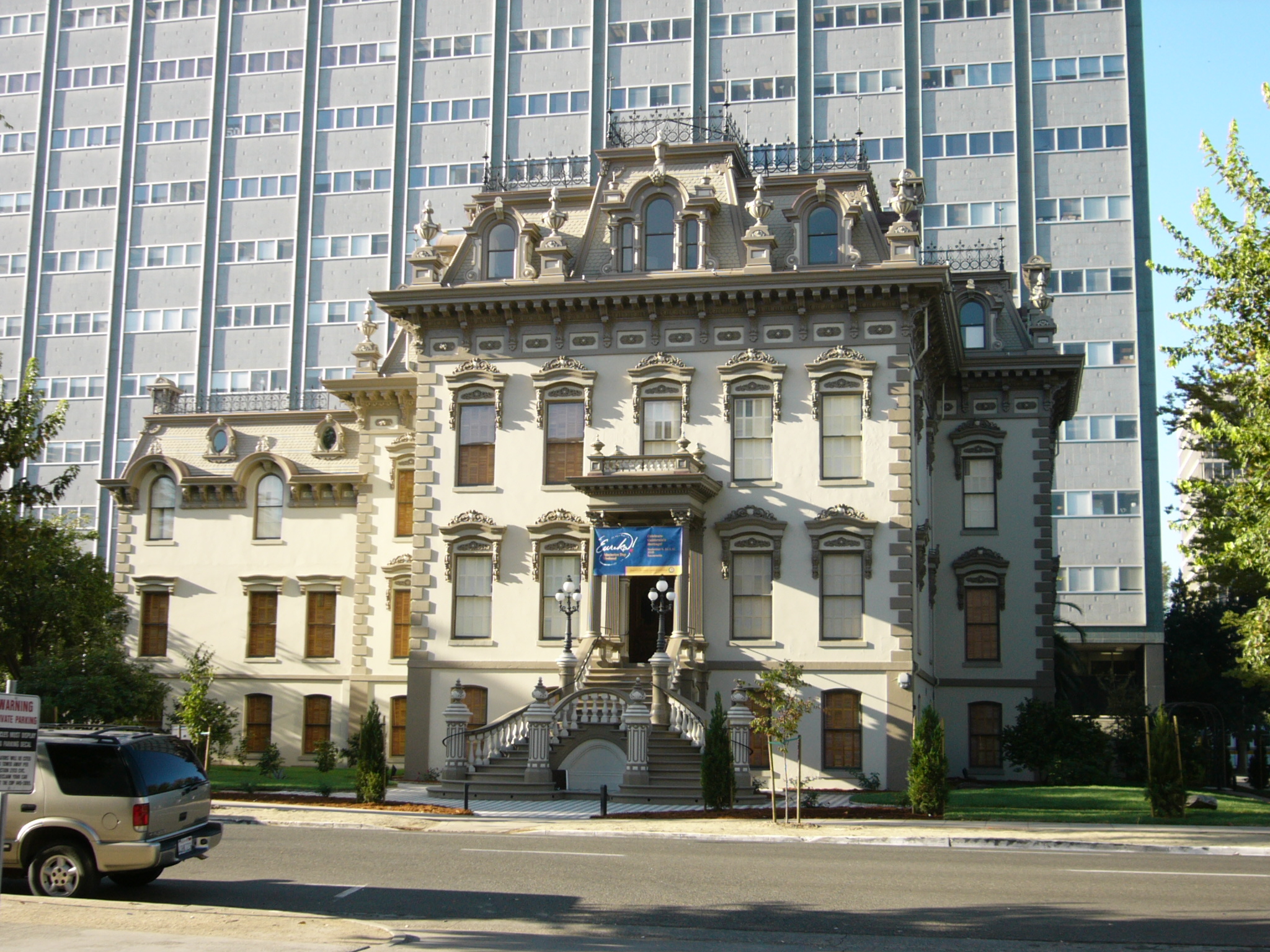 Leland Stanford Mansion State Historic Park is a state and federally protected area in Sacramento, . It features the "Leland Stanford House", a once owned by , from 1862 to 1863, from 1885 to 1893, railroad , member of and founder of . The house was designated a in 1987.

The original owner and builder of the home was Sacramento merchant Shelton C. Fogus, a wealthy Sacramento building merchant, while the architecture of the original home is attributed to Seth Babson.
, a rising member of the Republican Party and president of the , purchased the home for $8,000 in June 1861, shortly before his election to the governorship in the general elections that year. During his two-year governorship, the Stanford Mansion served as the state's executive office and living quarters. Proceeding governors and would also make the mansion their office.

Between 1871 to 1872, the Stanford family embarked on an ambitious remodel of the residence. The home was raised twelve feet in response to frequent flooding from the , as Stanford had attended his gubernatorial inauguration by rowboat in 1862. In addition, one-story was added to the bottom and top of the mansion each. The home was also expanded from 4,000 to 19,000, and redesigned to reflect the French architecture popular of the period, particularly in the 4th floor that caps the home. The result was a four-story remodeled architectural sandwich in which the original 2-story house sat between the added floors.

Following Stanford's death in 1893, his widow continued to oversee the home. In 1900, Stanford donated the home to the to be used for the children of California. It was given to the who ran it as an named the Stanford and Lathrop Memorial Home for Friendless Children.

In the 1932, the home was handed over the who eventually transformed the mansion from an orphanage to a residence for dependent high school girls. A fire in the mansion in 1940 brought considerable damage to the fourth floor. During the same decade, the mansion was designated a State Historical Landmark in 1957.

In 1978, the acquired the property for use as a state park. The Sisters of Social Services would remain on the grounds until 1987, when designated the mansion and the immediate surrounding land as a state historic park. Following the state's decision, the designated the mansion as a on , . It was not until September of 2005 that the mansion would finally be open to public tours, after 20 million dollars worth of renovation and rehabilitation.

Beginning in 1991, with the help Sacramento businessman and former professor Peter McCuen, the Stanford Mansion underwent a 14-year renovation at the cost $22 million dollars. Accurate restoration of the home and its rooms was aided by both an extensive study of the home in 1986 through the , and through a large collection of photographs of the home taken in 1868 by , and again in 1872 by .The repairs and restoration were completed in 2005, where the mansion again opened to the public. California State Parks offers guided tours through the fully refurbished home. Visitors today, as then, must climb a full story to enter the home's original ground floor. Most rooms of the house have been restored to their 1872 appearance.

The park on the corner of 8th Street and N Street in downtown , just two blocks away from the Capitol building. Prior to the reopening of the Stanford Mansion, California did not have a location for the hosting of official functions for nearly 40 years. Today the mansion is frequently used by the to host foreign dignitaries. The also retains an office in the mansion. Tours of the mansion are offered daily, but can be impacted by official functions on behalf of the Governor's Office or the leadership.