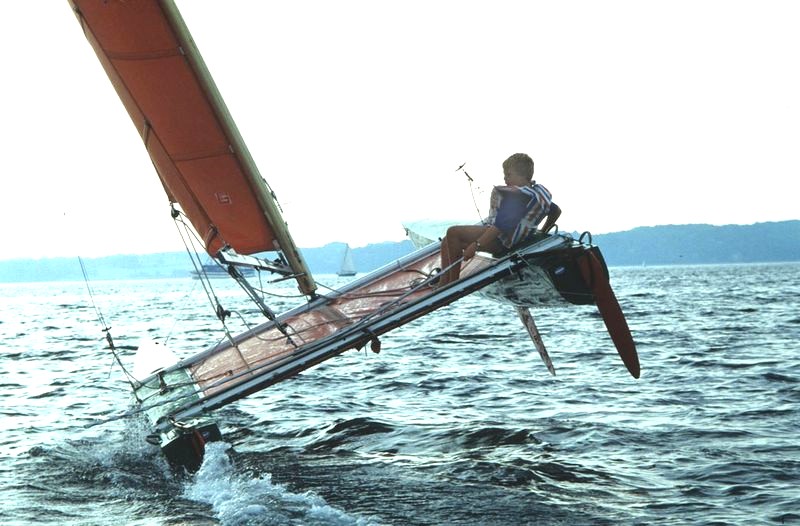 To increase its performance even further, the Tornado was modified in , with a new which included a and Spinnaker boom, as well as an increased sail area of the existing sails. An additional trapeze was also added, and the jib was made self tacking.

The Tornado typically flies one of its two hulls; the crew balancing the boat with their own weight and by controlling the sails. With only one hull in the water, drag is significantly reduced. The Tornado also features an adjustable, rotating mast, which not only greatly improves the aerodynamics of the crucial leading edge of the sail, but also allows improved control over mast bend and thus mainsail flatness. For the high speeds and "apparent" wind directions seen by this high speed vessel, a flat sail profile is often required.

The Tornado is said to be capable of speeds above 30 knots (56 km/h) reaching, and 18 knots (33 km/h) upwind, the Tornado class is often characterized as "the of sailing".