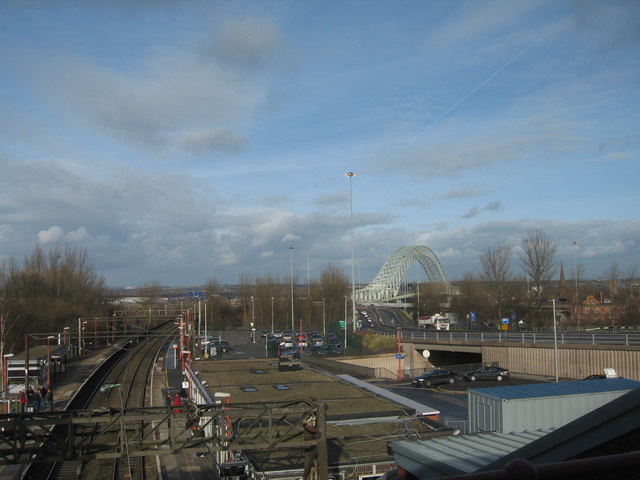 Runcorn railway station is in the town of in the unitary authority of Halton in the north west of . The station lies on the branch of the and is operated by . The station has a shop/snack bar in the ticket hall. Lifts are available to allow passengers to cross between the platforms. A car park (charges apply) and taxi rank are also available, and bus stops for services to other parts of and also to .

There is an hourly service between Liverpool Lime Street and London Euston operated by , and services to Crewe and Birmingham New Street are operated by . Services are less frequent in the evenings and on Sundays.

Runcorn is the northern terminus for the so-called service non-stop from Chester. This train, operated by , runs once a week on summer Saturdays only, to satisfy the minimum requirement to operate a passenger service over the otherwise-disused . There is no return journey to Chester, as the train then runs empty to Liverpool Lime Street ready for normal service.