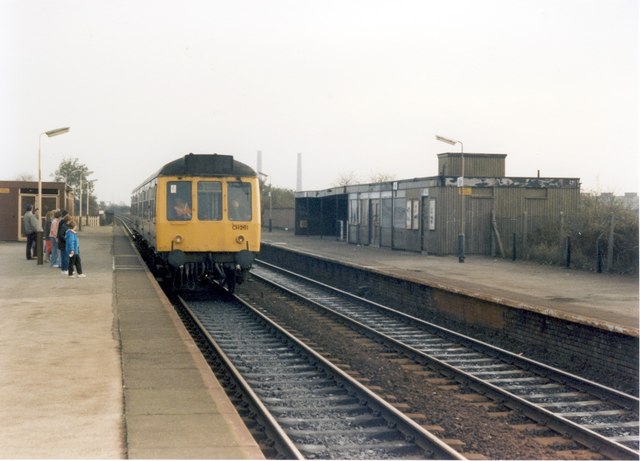 Irlam railway station serves the town of in the metropolitan borough of in the north west of . The station is 14 km (8¾ miles) west of Manchester Oxford Road on the . The station is operated by . Until 1974 the station was named "Irlam for Cadishead."

The station is unstaffed, despite catering for over 100,000 passengers a year excluding some season ticket users, which means the former station building is derelict. The next station on the line (Flixton) IS at least partially staffed although its usage is much less.

Irlam station is unusual in that the track and platform is the 'wrong side' of the station building on the Manchester side. This is due to the deviation of the line necessitated by the building of the .

Monday to Saturday services are roughly half-hourly in each direction, towards Glazebrook and Liverpool Lime Street to the west and towards Flixton and Manchester Oxford Road in the east. An express service in both morning and evening peak-time periods (operated by in the morning and in the evening) makes an additional stop at this station to cater for commuters working in . Services are less frequent in the evenings.

Since December 2006 trains now serve the station on Sundays. This is the first Sunday service at this station in over 20 years, with an hourly service operating in both directions. council has advised locals to use the service or it may be withdrawn.