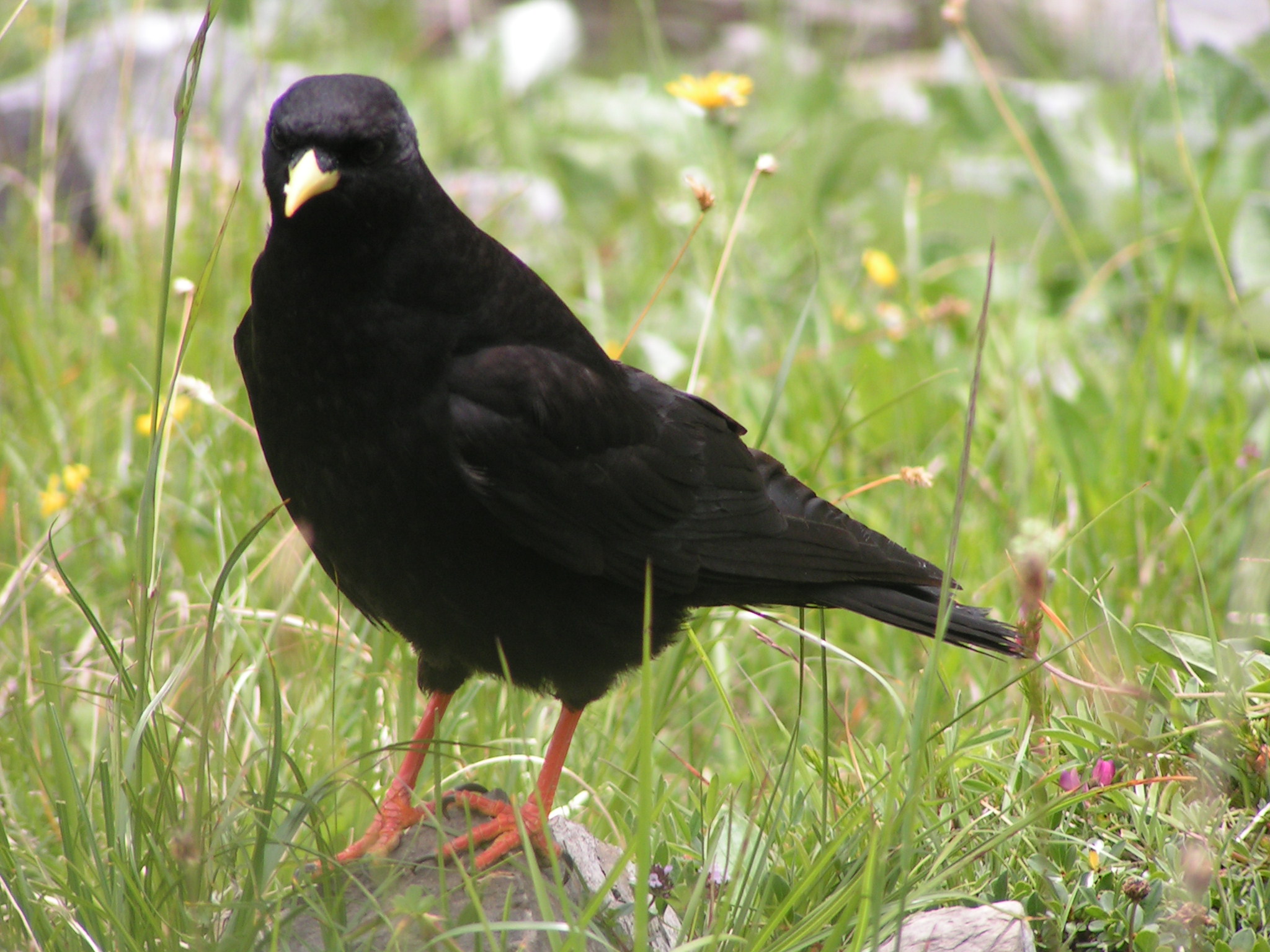 It breeds locally in the highest mountains of southern , the , across central and . It is resident throughout its range. A prehistoric that lived in Europe during the was described as "Pyrrhocorax graculus vetus".

Though by no means rare, it has disappeared in recent centuries from some areas at the periphery of its range, for example the Polish (Tomek & Bocheński 2005). Given that it readily coexists with humans and utilizes modified such as areas around ski resorts, local declines might be better explained by habitat loss due to which would cause the preferred zone to shift or, dependent on the locality, disappear entirely, than by direct destruction of habitat.

It is closely related to the Red-billed Chough ("Pyrrhocorax pyrrhocorax") and shares its glossy black plumage and red legs. However, the Alpine Chough's long curved bill is yellow rather than red.

It is slightly smaller at 36-39 cm length and a 65-74 cm wingspan, but has a relatively longer tail and shorter wings. It has a similar buoyant and easy flight.

This is often gregarious and fearless. Its loud "zrrrrr" call is quite different from that of the Red-billed Chough (Laiolo "et al." 2004).

Its food consists of s in summer and berries or food scraps, especially around ski resorts, in winter. A cavity or cliff ledge is a site for the bird's nest.