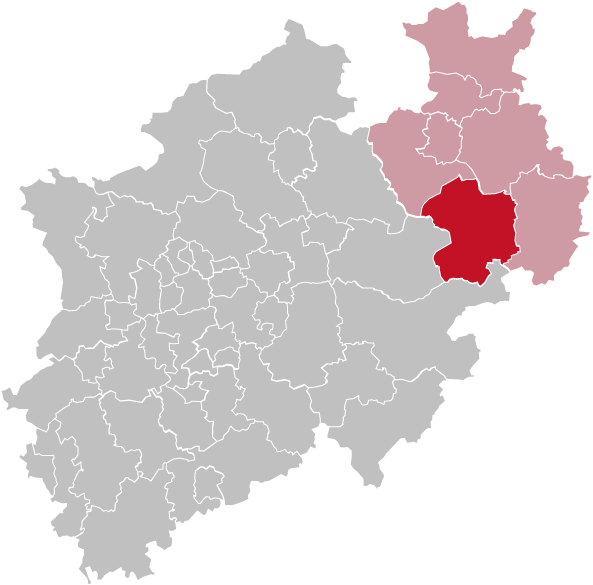 Paderborn (IPA2|paːdɐˈbɔʁn) is a Kreis () in the east of , . Neighboring districts are Gütersloh, , Höxter, , and Soest.

Paderborn was part of the until it was included into in . After the when Prussia created the province it also created five districts roughly covering the area of the previous state - Brakel, Büren, Höxter, Paderborn and Warburg. In Paderborn and Büren districts were merged to the current Paderborn district. At the same time the towns and municipalities in the district were merged to form the today's ten towns municipalities.

The Paderborn district is located at the western slope of the , west of the . The highest elevation is the "Am Totenkopf" at the district border near Bleiwäsche () with 498 m, the lowest near with 77 m. The main river in the district is the Lippe, which has its spring in .

The red cross in the top of the coat of arms symbolizes the clerical state Paderborn, the historic precursor of today's district. The wave line below stands for the rivers in the district, especially the . The symbol in bottom derives from the Lords of Büren.