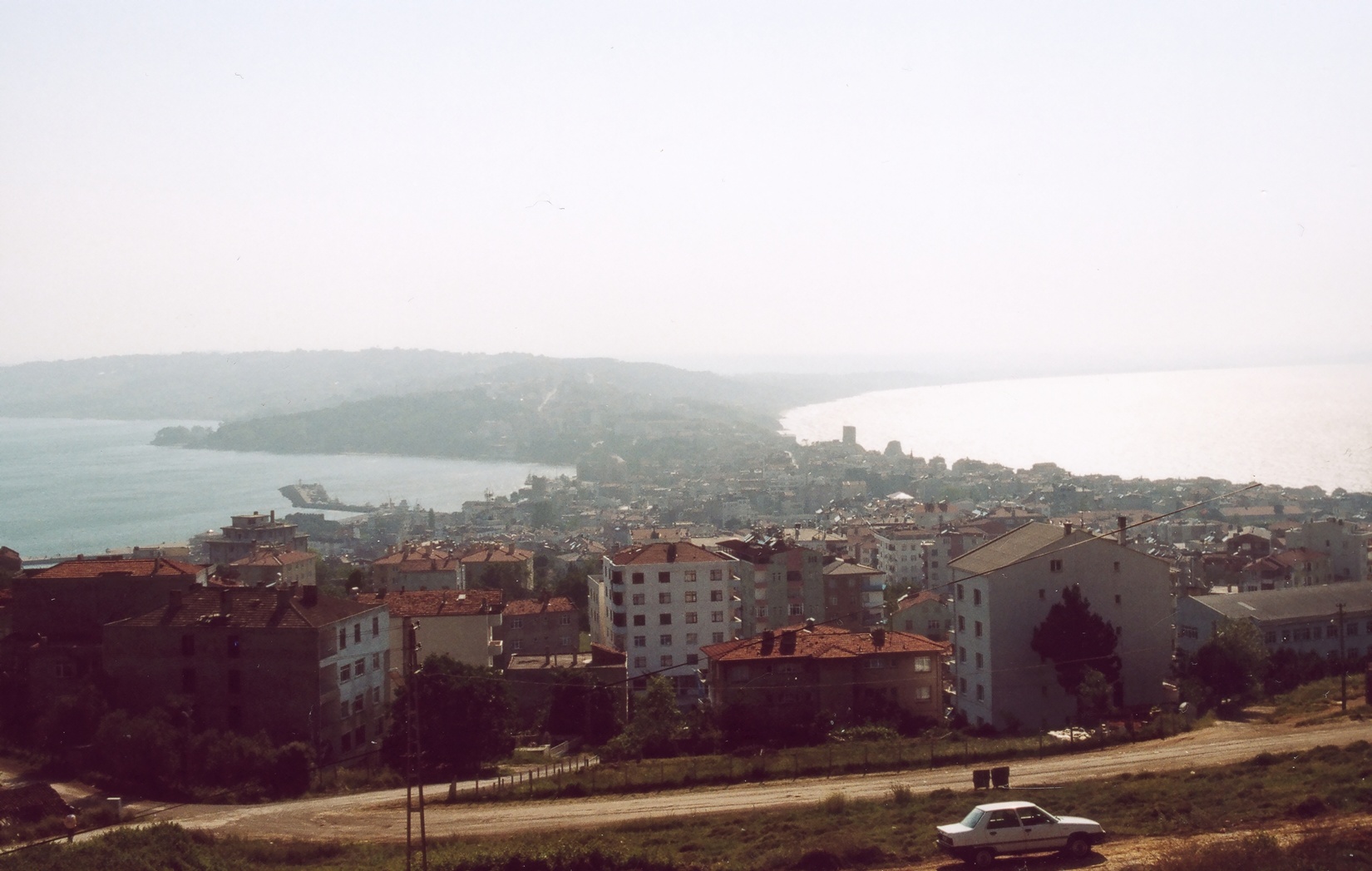 Sinop (Greek: Σινώπη/Sinope) is a city with a population of 47,000 on (, ), by its (, , ) which is situated on the most northern edge of the Turkish side of coast, in the ancient region of , in modern-day northern , historically known as Sinope. It is the capital of .

Long used as a Hittite port which appears in Hittite sources as "Sinuwa" (J. Garstang, The Hittite Empire, p. 74), the city proper was re-founded as a Greek colony from the city of in the 7th century BC (, "Anabasis" 6.1.15; 14.31.2; 12.545). Sinope flourished as the Black Sea port of a caravan route that led from the upper Euphrates valley ( 1.72; 2.34), issued its own coinage, founded colonies, and gave its name to a red arsenic sulfate mined in Cappadocia, called "Sinopic red earth" ("Miltos Sinôpikê") or . It escaped Persian domination until the early 4th century BC, and in 183 BC it was captured by and became capital of the kingdom of . conquered Sinope for Rome in 70 BC, and Julius Caesar established a Roman colony there, Colonia Julia Felix, in 47 BC. was born and buried at Sinope, and it was the birthplace of Diogenes, of , poet and actor of the New Attic comedy, of the historian Baton, and of the Christian heretic of the 2nd century AD, Marcion.

It remained with the Empire of the East or the . It was a part of the from the sacking of by the in 1204 until the capture of the city by the of Rûm in 1214.

After 1261, Sinop became home two successive independent s following the fall of the Seljuks: the and the . It was captured by the Ottomans in 1458.

In November 1853, at the start of the , in the , the Russians, under the command of Admiral Nakhimov, destroyed an Ottoman frigate squadron in Sinop, leading Britain and France to declare war on Russia.

Sinope is the outermost satellite of Jupiter.

Sinop has given its name to a crater on Mars.