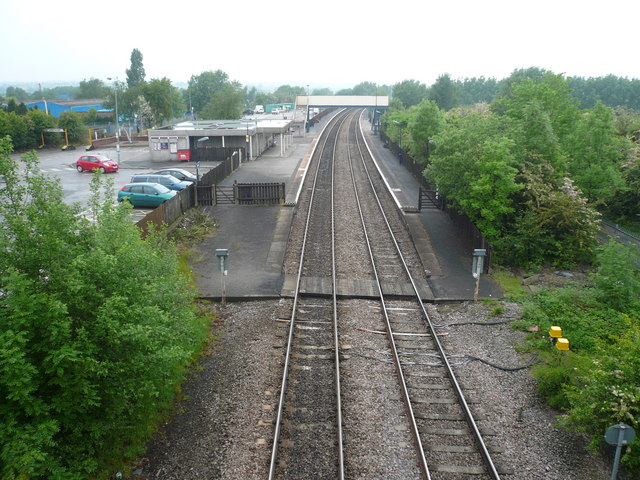 Alfreton railway station serves the town of in , . The station is on the 29 km (18¼ miles) north of Nottingham.

When Alfreton's station re-opened in 1973, it was given the name "Alfreton and Mansfield Parkway", as the nearby town of in did not have a railway station of its own (in fact, it was the largest town in Britain without one). Following the re-opening of the in , Mansfield had its own station again, and Alfreton station regained its original name.

When Sectorisation was introduced in the 1980's, the station was served by the Intercity Sector until the Privatisation of British Railways.

There is generally an hourly Local service northbound to Sheffield (and beyond) and southbound to Nottingham (and beyond). Some Mainline services also stop at Alfreton between and .

London services from , and run through at high speed sometimes trains to Sheffield do stop. Interchange with London services can be made at Nottingham and Chesterfield.