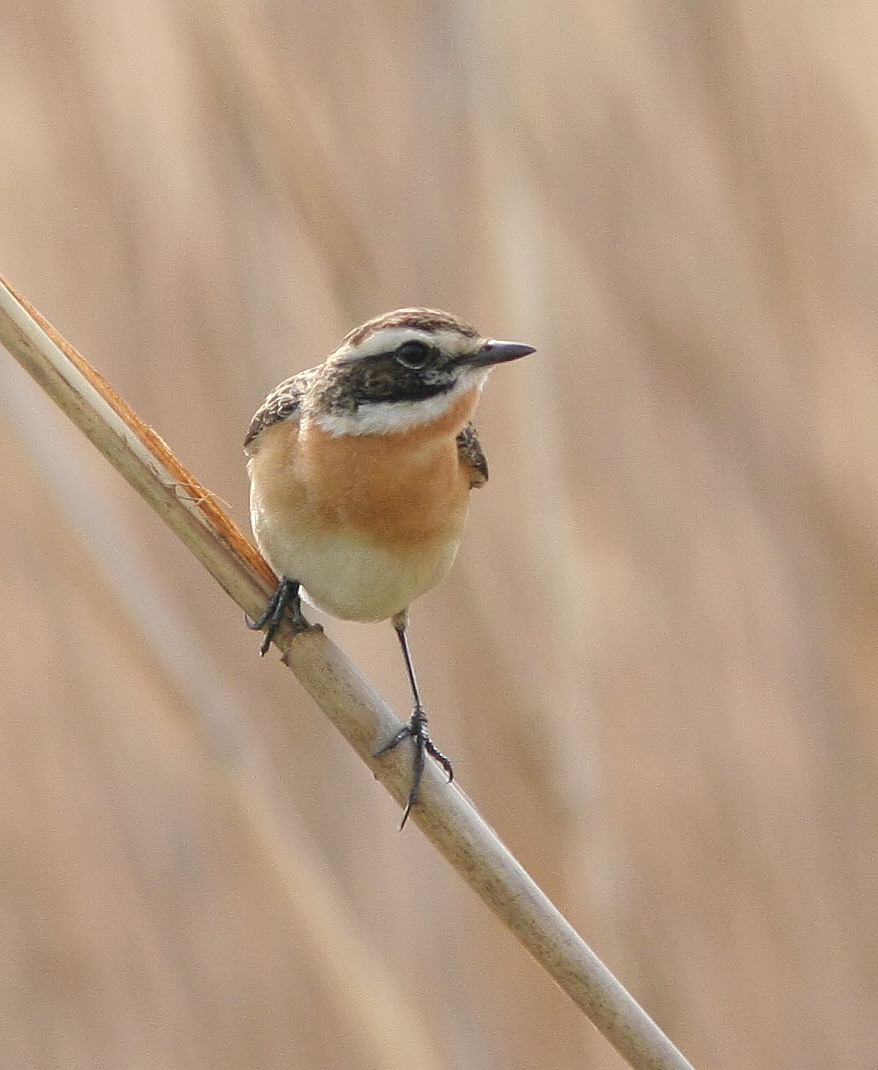 The Whinchat, "Saxicola rubetra" [: "Saxicola", "rock-dweller", from "saxum", a rock + "incola", one who dwells someplace. "rubetra", Latin for "colored reddish" or "reddish-hued".] ,is a small that was formerly classed as a member of the thrush family Turdidae, but is now more generally considered to be an , Muscicapidae. It, and similar small an , are often called chats.

It is a migratory insectivorous species breeding in open rough pasture or similar uncultivated grassland in and . It nests in tussocks. All birds winter in .

The Whinchat is similar in size to the . Both sexes have a yellowish rump and white tail, with a black terminal band. The summer male has brownish upperparts, buff throat and blackish head sides. It has a strong white supercilium. There are white wing patches.

The female has pale brown head sides, a buff supercilium and no white wing patches.

The male has a whistling, crackly song. Its call is a typical chat “chack” noise or a soft whistle.

is a preferred habitat for this species.

This species represents a fairly basal divergence of the "Saxicola" (Wink "et al." 2002).