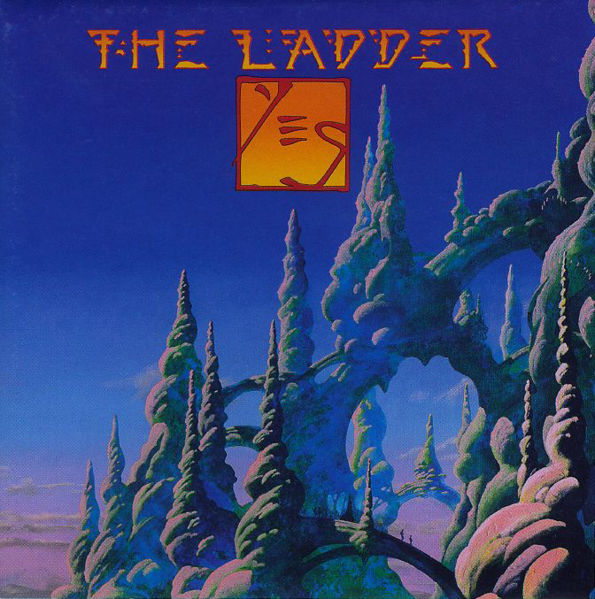 
"The Ladder" is the sixteenth album by band Yes and was released in 1999. The follow-up to 1997's tepidly-received "Open Your Eyes", "The Ladder" was seen as a conscious return to the classic Yes sound, while maintaining a contemporary edge. It is the first Yes album to feature as an official member.

Following guitarist/keyboardist 's guidance of the last project, Yes decided to bring in an outside producer, , in order to give the music the benefit of objective ears. By the time the band had decamped to , to record "The Ladder", had become the group's official keyboardist, with Sherwood relegated to guitar duties along with Steve Howe.

Although the sessions went off successfully - with all concerned very pleased with the end results, the project ended tragically with Fairbairn's surprising and premature death in May 1999, according to Chris Squire, just before a few final vocals and mixing on "The Ladder" had been completed. Yes would subsequently dedicate the album to their late producer upon its September release.

Concurrently with the release of the album, Yes licensed the use of "Homeworld (The Ladder)" with the Sierra Studios PC game "", of which a digital preview was included with "The Ladder". The re-issue included in the 2006 box set "" also includes this preview.

Hyped as a "return to form", "The Ladder" generally pleased most of its listeners and longtime Yes fans, performing slightly better than "Open Your Eyes" by reaching #36 in the UK and #99 in the US.

All songs by , Steve Howe, , , Alan White and . Lyrics by Jon Anderson.