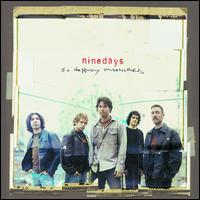 "So Happily Unsatisfied" is an that was recorded by the band . It was intended to be the follow-up to their successful major-label debut, "" from 2000. The release date of the album was repeatedly delayed by Sony until the band was ultimately dropped. In the interim, the album had leaked onto the internet. The band has also put the whole album on their [http://www.ninedaysmusic.com/store.html official website] for the public to download.

The Band retained the rights in early 2006 and will re-release the album at some point.