The Adventures of Kathlyn

The Adventures of Kathlyn 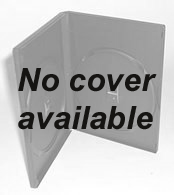 "The Adventures of Kathlyn" (1913) is an American serial released on , by the . An adventure serial filmed in , its thirteen episodes were directed by from a story by and Gilson Willets and starred as the heroine. Harold MacGrath's novel of the same title was released a few days later in January 1914 so as to be in book stores at the same time as the serial was playing in theatres.

"The Adventures of Kathlyn" was only the second serial ever made by an American film studio and considered the first of the serials that became enormously popular during the next decade.

The success of the serial spawned a 1916 feature-length film of the same title with basically the same crew and cast.

The serial came about due to a newspaper circulation war in that forced the to use more sensationalism. , noting the popularity of serial fiction in newspapers and magazines, took the idea of a "film" serial to the newspaper. Despite the Tribune being in favour of abolishing s only 5 years previously, Tribune editor agreed and the serial was released as a promotional project. The chapters of the film were released biweekly and the story was also printed as a newspaper serial in the Tribune.

Although the first American film serial was "", "The Adventures of Kathlyn" is a more important piece of film history. It was the first serial to use cliffhangers as the ending of its chapters and so became the first recognisable film serial.

Frank Leon Smith, in a letter to "Films in Review" (Feb 1958), wrote that the cliffhanger ending of chapter one "was a 'situation' ending, but other episodes wound up with sensational action or stunts, broken for holdover suspense...gave the serial both the key to its success and the assurance of its doom."

It used animals from the and had more action than "What Happened to Mary?"

The Tribune announced a 10% increase in circulation as a result of the film serial's success.

The film is now considered to be lost.