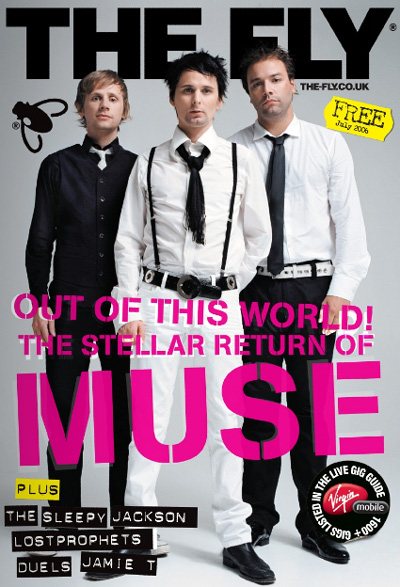 "The Fly" is a free and published monthly in the . The magazine has been likened to a , albeit with staff and . [http://www.the-fly.co.uk/pages/aboutus.asp]

The magazine has a notably extensive section for a free publication, featuring: new releases (both singles and albums) and reviews. It uses a unique "fly" rating system in place of the traditional star rating system, from one "fly" to the coveted five "flies". It is generally the case that a music release given a four or five "fly" rating is consistently of a good quality and worth purchasing.

The remainder of the magazine is devoted to articles and s with artists generally promoting new releases or tours. The Fly is also notable for featuring brand new bands alongside more established acts; the magazine has a regular "Ones To Watch" feature in association with Levi's jeans that focuses on discovering new talent via specially-organized gigs and interviews.

The Fly is A5-sized, and is distributed around most record shops, bars and venues around the .

The Fly's current editor recently announced his departure in the July issue of the magazine and named Niall Doherty as his successor to the post (prior to Kinsman's departure, Doherty was the deputy editor).

There are a number of Barfly music venues in major cities around the United Kingdom, which host gigs by firmly established bands as well as new bands.

The Fly provides a monthly online archive of past and current issues, where users can browse a [http://www.the-fly.co.uk/media/magazine virtual magazine] in real-time without having to locate a physical copy.