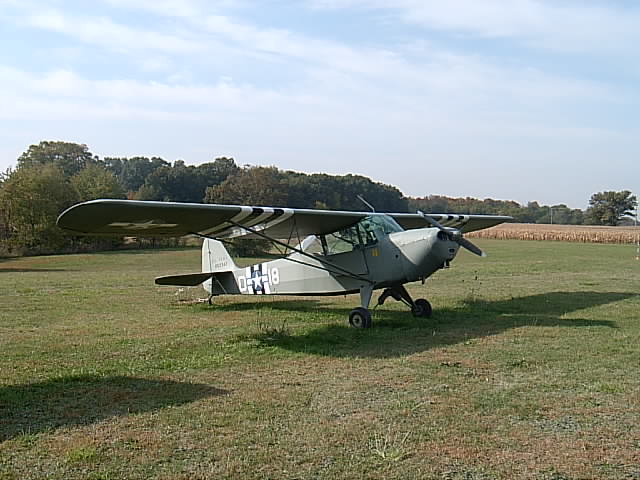 The Taylorcraft L-2 Grasshopper is an American observation and liaison aircraft built by Taylorcraft for the in .

In 1941 the ordered four s with the designation YO-57. They were evaluated in the summer of during maneuvers in and where they were used for support purposes such as light transport and courier. This led to a production order under the designation O-57 Grasshopper. In 1942 the designation was changed to L-2 Grasshopper).

In World War II, the AAF began using the L-2 in much the same manner as the observation balloon was used in France during --spotting enemy troop and supply concentrations and directing artillery fire on them. It was also used for other types of liaison and transport duties and short-range which required airplanes that could land and take off in minimum distances from unprepared landing strips.