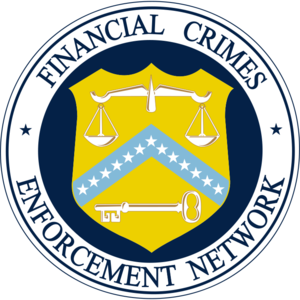 As reflected in its name, the Financial Crimes Enforcement Network (FinCEN) is a network, a means of bringing people and information together to fight the complex problem of money laundering. Since its creation in 1990, FinCEN has worked to maximize information sharing among law enforcement agencies and its other partners in the regulatory and financial communities. Working together is critical in succeeding against today's criminals. No organization, no agency, no financial institution can do it alone. Through cooperation and partnerships, FinCEN's network approach encourages cost-effective and efficient measures to combat money laundering domestically and internationally.

The mission of the Financial Crimes Enforcement Network is to safeguard the financial system from the abuses of financial crime, including terrorist financing, money laundering, and other illicit activity

It was established by order of the Secretary of the Treasury (Treasury Order Numbered 105–08) on , . In May 1994, its mission was broadened to include regulatory responsibilities and the Treasury Department's Office of Financial Enforcement (OFE) was merged with FinCEN in October 1994. On September 26, 2002, after Title III of the was passed, Treasury Order 180-01 [http://www.ustreas.gov/regs/to180-01.htm] made it an official bureau in the .

The USA PATRIOT Act of 2001, §314(a) requires the Secretary of the Treasury to create a secure network for the transmission of information to enforce the relevant regulations. FinCEN’s regulations under Section 314(a) enable federal law enforcement agencies, through FinCEN, to reach out to more than 45,000 points of contact at more than 27,000 financial institutions to locate accounts and transactions of persons that may be involved in terrorist financing and/or money laundering. This cooperative partnership between the financial community and law enforcement allows disparate bits of information to be identified, centralized, and rapidly evaluated.

This web interface allows the person(s) designated in §314(a)(3)(A) to register and transmit information to FinCEN.