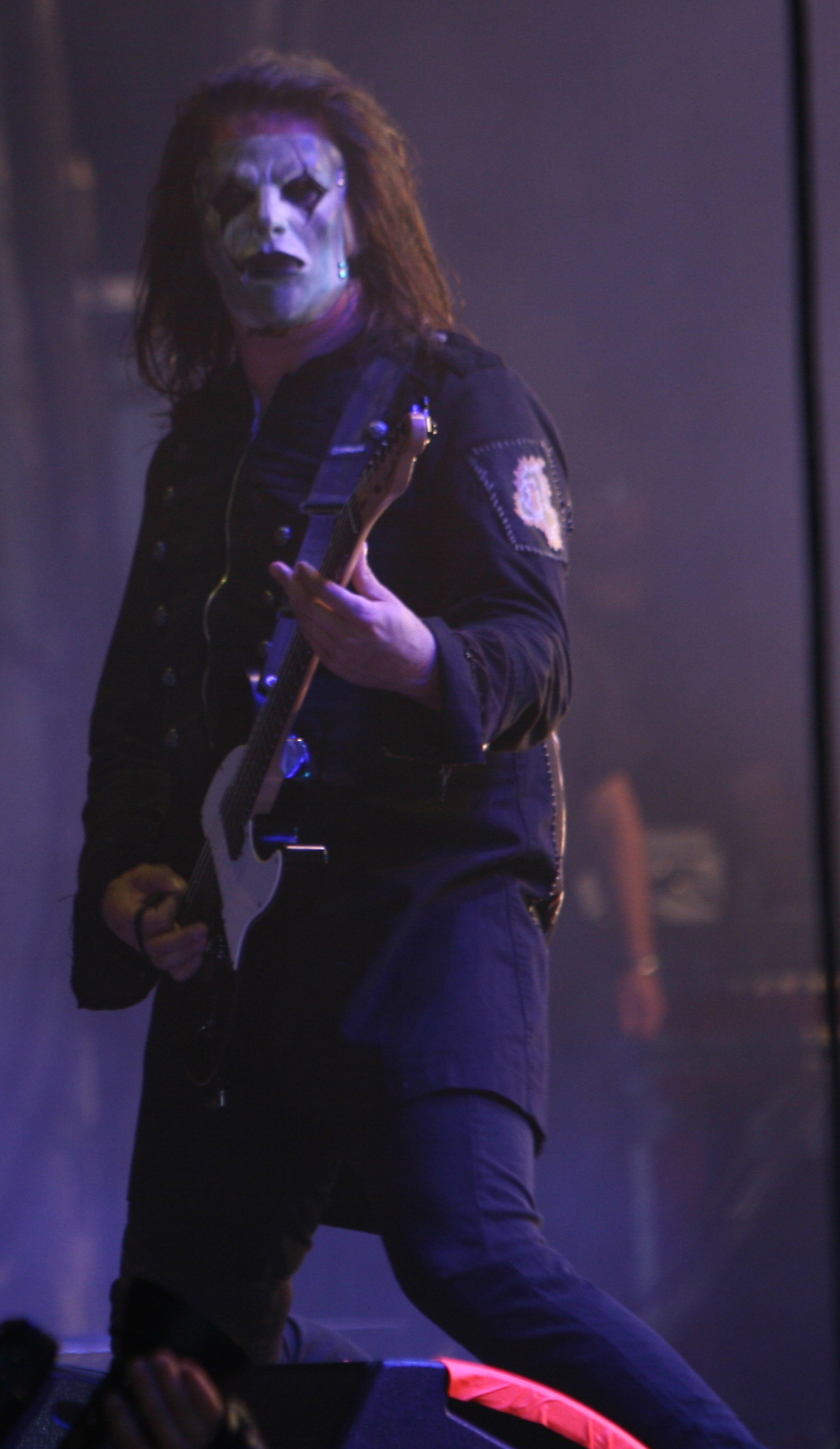 James D. Root (born , ), also known as Jim Root, or by his number #4, is an American known for being one of the guitarists for Slipknot, and the for . He was the last member to join the current line-up of Slipknot, in January 1999.

Root was born in . He has performed in bands such as Anal Blast, Atomic Opera, Deadfront and Stone Sour; the latter which he joined in 1995, and returned to along with vocalist , during its revival in 2002. Prior to joining Slipknot, he worked as a screenprinter, waiter, and . Root joined the band in January 1999, replacing their original guitarist, Josh Brainard, who left the band during the recording of their self-titled album, reportedly after having fulfilled his recording duties. In fact, the only song Root recorded during the album's sessions was "Purity", which is only featured on the short-lived first pressing of "Slipknot". Despite this, the song has become a staple for the band's live performances. Slipknot vocalist invited Root to join the band based on Taylor's past experiences working with him in Stone Sour, before leaving the band to join Slipknot.

As well as lending his talents to Stone Sour, Root has also performed drums on one song the band has recorded, the "" "The Day I Let Go". Outside Slipknot and Stone Sour, Root has appeared on Slipknot turntablist 's DJ Starscream album "The New Leader" and John 5's "", and also appeared on the project, performing the solo and harmony guitars on "Tired 'N Lonely" from the project's album "The All-Star Sessions". He also appeared on ´s cover of ´s "".

Root has been dating vocalist since , when they met during the tour taking place that year.

Root originally used a , inherited from Slipknot's original guitarist Josh Brainard following his departure from the band. He had pink hair at the time and would pull parts of it through a hole in the top of the mask. After a couple of performances and one photo shoot, he decided to change masks, as the bondage hood was too uncomfortable and would often distract him when playing. He then began using a -style mask, said to represent that side of his personality. His most recent variation of the mask remains jester-styled, but has black diamond detailing around its eyes, and a zipper in between its lips.

In July 2007, Fender released a James Root Signature Fender Telecaster guitar. This Telecaster model is available in flat black with a white and maple neck and , or in flat white with a black pickguard, maple neck and ebony fingerboard. Both models feature mahogany bodies, jumbo frets, a single volume control with no tone control, black hardware, and EMG humbuckers (EMG 81 in the bridge and EMG 60 in the neck). In September 2008 an announcement in the official forum of slipknot said that a new model of Jim's telecaster was being desinged, and that the fans were needed to give their input on where it could be improved. No release date or an official announcement of the new guitar has been made.

* At 6'6", Root is the tallest member of Slipknot, measuring at least 4 inches over Slipknot co-guitarist , who is widely believed to be the band's tallest.
* Despite being left-handed, Root plays guitar right-handed.
* Owns approximately 140 guitars.
* Currently resides in Florida.