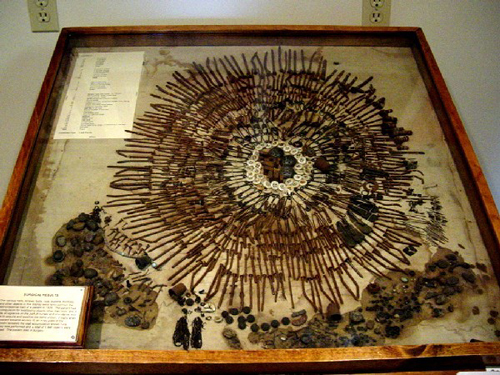 Pica is a medical disorder characterized by an for largely non-nutritive substances (e.g., , , , , , , ash, etc.) or an abnormal appetite for some things that may be considered s, such as food ingredients (e.g., , raw , , ice cubes). [ [http://www.emedicine.com/ped/topic1798.htm emedince.com article on "Eating Disorder: Pica"] ] In order for these actions to be considered pica, they must persist for more than one month at an age where eating such objects is considered developmentally inappropriate. The condition's name comes from the word for "", a bird which is reputed to eat almost anything [http://www.wenwen.ws/bird/Birds/crows-and-magpies-whats-their-favourite-food-f5wg02698.htm] . Pica is seen in all ages, particularly in pregnant women and small children, especially among children who are , where it is the most common eating disorder [http://www.dcqna.com/diseases-conditions/dcqna-index_179.html] .

Pica in children, while common, can be dangerous. Children eating painted plaster containing may suffer brain damage from . There is a similar risk from eating dirt near roads that existed prior to the phaseout of in gasoline or prior to the cessation of the use of contaminated oil (either used, or containing toxic or ) to settle dust. In addition to poisoning, there is also a much greater risk of gastro-intestinal obstruction or tearing in the Fact|date=May 2008. This is also true in animals. Another risk of dirt eating is the possible ingestion of animal feces and the accompanying .

The scant research that has been done on the root causes of pica suggests that the majority of those afflicted tend to suffer some biochemical deficiency, and more often, iron deficiencyFact|date=May 2008. The association between pica and is so strong that most patients with iron deficiency will admit to some form of pica.Fact|date=September 2007 Often the substance eaten by those with the disorder contains the of deficiency. If a mineral deficiency is not identified as the cause of pica, it often leads to a diagnosis of a mental disorder.

Pica may also be a symptom of secondary to infection. Symptoms may also include a pinkish hue to the skin, particularly around the mouth.

This involves associating negative consequences with eating non-food items and good consequences with normal behavior. Medications may be helpful in reducing the abnormal eating behavior if pica occurs in the course of a developmental disorder, such as mental retardation or pervasive developmental disorder. These conditions may be associated with severe behavioral disturbances, including pica. These medications enhance dopaminergic functioning, which is believed to be associated with the occurrence of pica.

* has made a career in entertainment of eating chopped "inedibles" like a small airplane.
* A patient suffering from pica was featured in the season four premiere of "".
* has suggested several times in his stand-up that suffers from pica and, as such, may have been .
* In the "House" episode "Lines in the Sand", a severely autistic boy with pica is diagnosed with raccoon roundworms that he acquired from eating the sand in his sandbox.
* In the book "", Rebeca eats earth and whitewash.
* In Chapter 26 of 's -winning 1939 novel, "", the pregnant and malnourished Rose of Sharon is caught eating "a piece of slack lime", and her mother admits to eating coal when she was pregnant. [http://www.archive.org/details/grapesofwrath030650mbp (Read at Archive.org)]
* had unofficially declared on "" her black lab suffers from pica, having eaten, for example, shards of and bottles.
* In the film Undertow (2004) a young boy suffers from Pica.