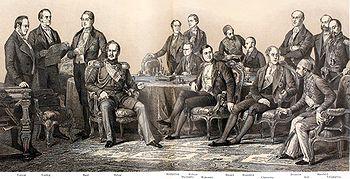 The Treaty of Paris of 1856 settled the Crimean War between Russia and an alliance of the Ottoman Empire, the British Empire, Second French Empire, and the Kingdom of Sardinia. The treaty, signed on March 30, 1856 at the Congress of Paris, made the Black Sea neutral territory, closing it to all warships, and prohibiting fortifications and the presence of armaments on its shores. The treaty marked a severe setback to Russian influence in the region.

Moldavia and Wallachia would stay under nominal Ottoman rule, but would be granted independent constitutions and national assemblies, which were to be monitored by the victorious powers. A project of a referendum was to be set in place to monitor the will of the peoples regarding unification. Also, Moldavia received the south of Bessarabia (Budjak).

The treaty also demilitarised the Åland Islands in the Baltic Sea, which belonged to the autonomous Russian Grand Principality of Finland. The fortress Bomarsund had been destroyed by British and French forces in 1854 and the alliance wanted to prevent its use as a Russian military base. 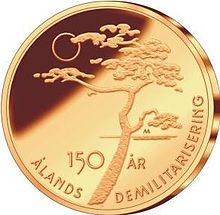