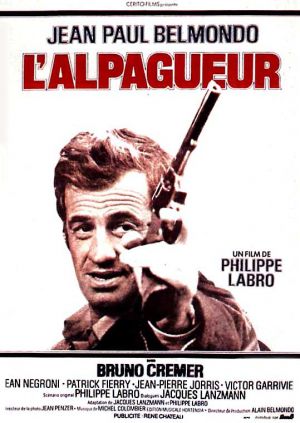 "L'Alpagueur" is a film adaptation of the original scenario from directed by him and featuring in the title role and as "L'Epervier".

Released in and considered as a typical French thriller from the 70's, it is one of many Belmondo's movie where he is playing the title role. Like in , or , Belmondo is the real star of the show, playing a solitary character and pursuing bad guys. The score from is typical from this period, mixing piano, modern rhythms and brass instruments.

As one of the character is saying at the beginning of the movie:

Originally a deer hunter, l'Alpagueur became a head hunter working for the police, paid by them with money stolen from criminals. The main plot revolves around l'Alpagueur's pursuit of l'Epervier, () a bank robber and an assassin, who kills whoever sees him commit a crime. His technique is to pay a young and naive man to be his accomplice and kill him right after. One of his accomplices, Costa Valdez, is only wounded during one of his hold ups, and with his help, l'Alpagueur manages to find l'epervier at the end.