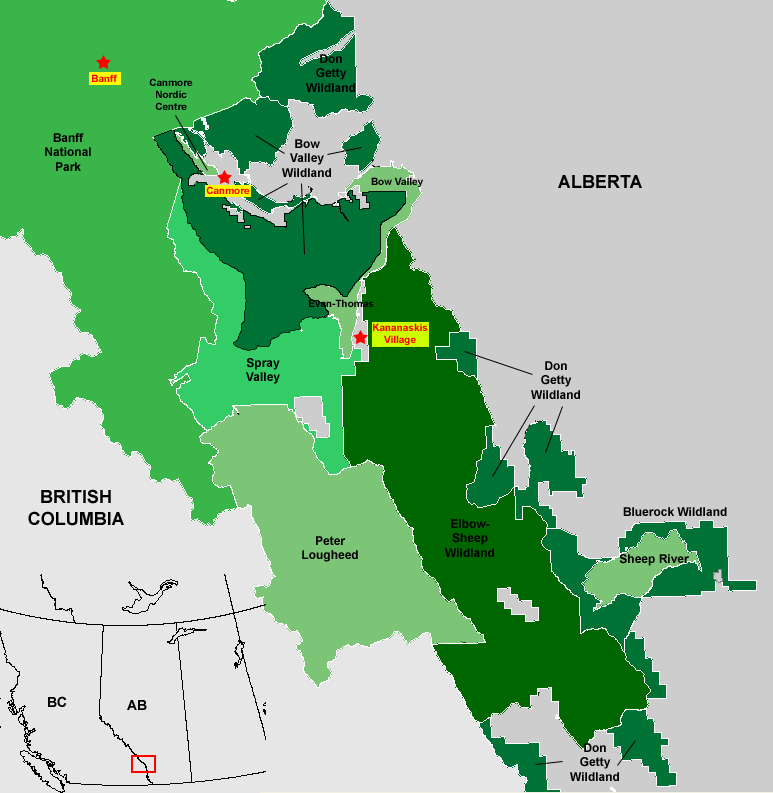 Peter Lougheed Provincial Park is a located in , . The park is located in approximately 90 km west of , along the Kananaskis Trail.

The park is named after who served as premier of Alberta from 1971 to 1985. The park was once known as Kananaskis Provincial Park.

The park was dedicated on September 22, 1977. It is one of the largest provincial parks in Alberta, encompassing 304 km² around the Kananaskis Lakes. The park provides amenities for and along with trails for , , horseback riding and . There are currently six vehicular access campgrounds and six backcountry campgrounds in the park.

A variety of wildlife can also be found in Peter Lougheed Provincial Park, such as s, black bears, , , , , s, , wolves and the occasional .