California Department of Corrections and Rehabilitation

California Department of Corrections and Rehabilitation 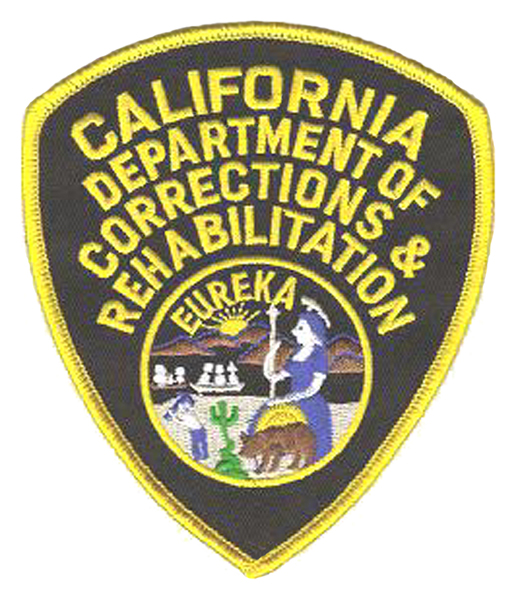 In 1851, California activated its first state prison. This prison was a 268-ton wooden ship named "The Waban", and was anchored in the . [California Department of Justice. [http://ag.ca.gov/cjsc/glance/timeline/tl4pg.pdf California Criminal Justice Time Line 1822-2000.] Accessed 27 Apr 2008.] . The prison ship housed 30 inmates who subsequently constructed , which opened in 1852 with approximately 68 inmates.

In 2004, a Corrections Independent Review Panel appointed by Governor and led by former Governor noted "California’s $6 billion correctional system suffers from a multitude of problems — out-of-control costs; a rate far exceeding that of any other state; reported abuse of inmates by correctional officers; an employee disciplinary system that fails to punish wrongdoers; and the failure of correctional institutions to provide youth wards and inmates with mandated health care and other services."

Schwarzenegger made a reorganization plan public in January 2005 implementing many of the recommendations of the panel but without "a citizens commission overseeing the state's entire correctional operation." [Furillo, Andy. Prisons plan shifts power to agency chief. "Sacramento Bee", 7 January 2005.] The reorganization became effective on July 1, 2005.

According to the Department’s official Web site, "Currently there are 33 adult prisons, 13 adult community correctional facilities, and eight juvenile facilities in California that house more than 165,000 adult offenders and nearly 3,200 juvenile offenders."

Regarding adult prisons, CDCR has the task of receiving and housing inmates that were convicted of crimes within the State of California. When an adult inmate arrives at a state prison, he/she is assigned a classification based on his/her committed offense. Each prison is designed to house different varieties of inmate offenders, from Level I inmates to Level IV inmates; the higher the level, the higher risk the inmate poses. Selected prisons within the state are equipped with security housing units, reception centers, and/or "condemned" units. These security levels are defined as follows:

These officers maintain Peace Officer (police) duties at prisons. In addition to managing state prison systems, they are also assigned to specialized units that handle many different aspects of prison operations and parole operations. These include CDCR Investigations Services Unit, Patrol Division, Gang Investigations, transportation units, dorms, tiers, yard guards, inmate escorts, towers, etc. Currently there are over 30,000 Peace Officers including Supervisors (Sergeants, Lieutenants and Captains) employed by the State of California, over 3,000 prison counselors, and over 1,500 State Parole Agents.

CDCR Peace Officers are trained at the Basic Peace Officer Academy located in and . Cadets must complete a 16-week, formal and comprehensive training program. The curriculum consists of hundreds of hours of training and ranks among the top three correctional academies in the nation. Instruction includes, but is not limited to, firearms training, chemical agents, non-lethal impact weapons, arrest and control techniques, and State of California law and Department policies. Cadets must also successfully complete the Peace Officer Standards and Training courses (POST). Upon completion of the academy, cadets attend a graduation ceremony where they are then sworn in as State Peace Officers.

Officers of the department are represented by the California Correctional Peace Officers Association (the CCPOA.) It was founded in 1957 and its stated goals include the protection and safety of officers, and the advocation of laws, funding and policies to improve prison operations and protect public safety. The union has had its controversies over the years, including criticism of its large contributions to former California Governor Gray Davis.Fact|date=June 2008 Since the , the CCPOA has been a vocal critic of Governor Arnold Schwarzenegger.Fact|date=June 2008

In June, 2008, the union came under investigation from the from both the and the CDCR for its role in the hiring of a 21-year-old parolee by Minorities in Law Enforcement, an affiliate of CCPOA. [cite news | first= Andy | last= Furillo | title= Chief of prison guards union defends hiring of parolee | url= http://www.sacbee.com/111/story/1029448.html | work= Sacramento Bee | date= | accessdate=2008-06-21 ] Mike Jimenez, President of the CPOA, was critical of the investigation, and of the CDCR. He said "It doesn't surprise me that CDCR would do this. They spend a lot of time, money and effort talking about rehabilitation, but then doing everything possible to keep (parolees) from being successful." In response to concerns that his unions payment for flights to come to the capitol to work might be a violation of the terms of his release, he said "We're trying to make it so the kid is successful – why would they do that? [...] This is exactly what is wrong – sick – about our system."

According to the Department’s official Web site, since 1952 inmates have killed 17 custody employees of what is currently CDCR. [Department of Corrections and Rehabilitation, State of California. [http://www.cdcr.ca.gov/Reports_Research/Offender_Information_Services_Branch/Annual/Beh5/BEH5d2006.pdf Employees Killed By Inmates, January 1952 through December 2006.] February 2007.] Most recently, on January 10, 2005, Officer Manuel A. Gonzalez was killed in the line of duty at the located in Chino. [California Peace Officers' Memorial Foundation. [http://www.camemorial.org/htm/gonzalezm05.htm In Remembrance: Ofc. Manuel A. Gonzalez.] Retrieved December 1, 2007.] An inmate fatally stabbed Officer Gonzalez with a shank (inmate manufactured knife). [ [http://www.odmp.org/officer/17540-corrections-officer-manuel-ariza-gonzalez-jr. The Officer Down Memorial Page Remembers... Corrections Officer Manuel Ariza Gonzalez Jr.] Retrieved December 1, 2007.] The suspect was later charged with "assault by a life prisoner," which is a capital crime in California, and with murder [Leveque, Rod. Dismissal of charge against inmate denied. "Inland Valley Daily Bulletin" (Ontario, CA), May 18, 2007.] ; however, as of October 2007 no trial date had been set. [Leveque, Rod. Suspect's father's testimony to be recorded for use in murder trial. "Whittier Daily News", October 24, 2007.]

The California prison system is currently, and has been for many years, plagued with overcrowding due to an overwhelming inmate population. In April 2007, Governor introduced his Prison Reform Bill that will fund up to three new prisons. However, many state officials have agreed that even with three new prisons, the situation with overcrowding in the prison system will not be fixed. In addition to the overcrowding issue, the prison system is far understaffed with Correctional Peace Officers. The state is unable to hire and train enough new Officers to keep up with the flow of new offenders into the system. On Wednesday, , the California Third District Court of Appeal in Sacramento ruled that the governor "was within his rights to declare a state of emergency at California's overcrowded prisons in 2006 and begin transferring inmates out of state."

According to the Department’s official Web site, "there are more than 148,000 adult parolees and 3,800 juvenile parolees supervised by the CDCR."