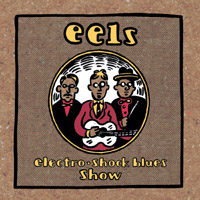 The fifteen tracks on this album were recorded at six different venues. According to the album's liner notes, the first ten tracks were recorded "somewhere in England" during December 1998 while the Eels were a support act for the band Pulp. The other five tracks are brought in from selected performances from around Europe and the United States:
*11 - , , -
*12 - , , -
*13-14 - , , -
*15 - , , -

The last track features a hidden bonus song, another version of "My Beloved Monster", which follows a long silence after the end of "Climbing to the Moon"; the track then segues into ' classic soul hit "My Girl". However, during the chorus, E replaces the words "My Girl" with "My Beloved Monster".