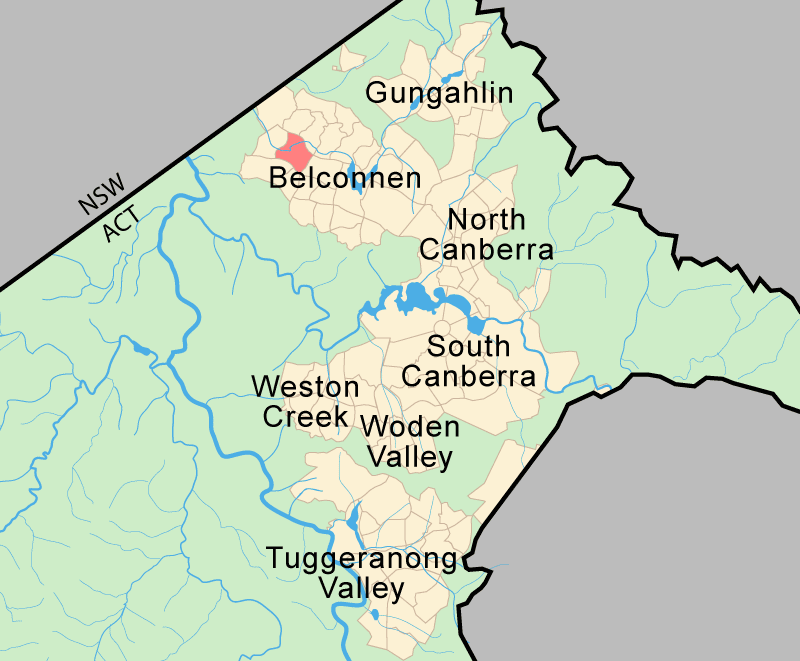 It is next to the suburbs of Charnwood, Flynn, Florey, Higgins, Holt and Macgregor. It is surrounded by Ginninderra Drive on the north, Florey Drive on the west, Southern Cross Drive on the south, and Kingsford Smith Drive on the east.

Latham has a [http://www.lathamps.act.edu.au/ primary school] and neighbourhood oval. It also has an substation. Ginninderra creek runs through Latham, and there are open areas of grassland nearby, such as the Umbagong district park.

The shopping centre wound down between 1996-1998 due to a fire that destroyed the supermarket and caused roof damage to the rest of the centre with the post office closing just after the fire and moved to the abandoned petrol station site and the uniform shop following suit not long after with the post office authorised to limited "corner store" duties from early 1998.

The butcher, restaurant and physiotherapist left 12-18 months after the fire with the restaurant last to leave and the complex finally fenced off in May 1998.

Most of Latham is covered by the upper Deakin Volcanics.From the north east of Latham to the South west you can pass up through the stratigraphic layers of volcanics.

Upper Laidlaw Volcanics grey tuff form a wedge over the top of the Deakin Volcanics.