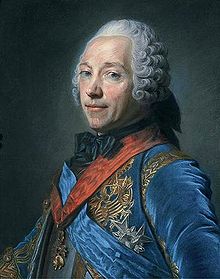 The grandson of Nicolas Fouquet, Superintendent of Finances under Louis XIV, he was born at Villefranche-de-Rouergue. Although his family was in disgrace, he entered the army at an early age and was made proprietary colonel of a dragoon regiment in 1708. He rose during the War of the Spanish Succession to the rank of brigadier, and in March 1718 to that of maréchal de camp. In the Spanish War of 1718-1719 he was present at the capture of Fuenterrabía in 1718 and at that of San Sebastián in 1719.

When the Duke of Bourbon became prime minister, Belle-Isle was imprisoned in the Bastille, and then relegated to his estates, but with the advent of Cardinal Fleury to power he regained some measure of favor and was made a lieutenant-general. In the War of the Polish Succession he commanded a corps under the orders of Marshal Berwick, captured Trier and Trarbach and took part in the siege of Philippsburg (1734). When peace was made in 1736 the king, in recognition both of his military services and of the part he had taken in the negotiations for the cession of Lorraine, gave him the government of the three important fortresses of Metz, Toul and Verdun - an office which he kept until his death.

His military and political reputation was now at its height, and he was one of the principal advisers of the government in military and diplomatic affairs. In 1741 he was sent to Germany as French plenipotentiary to carry out, in the interests of France, a grand scheme of political reorganization in the moribund empire, and especially to obtain the election of Charles Theodore, Elector of Bavaria as emperor. His diplomacy was thus the mainspring of the War of the Austrian Succession, and his military command in south Germany was full of incidents and vicissitudes. 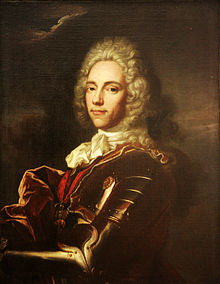 He had been named marshal of France in 1741, and received a large army, with which it is said that he promised to make peace in three months under the walls of Vienna. The truth of this story is open to question, for no one knew better than Belle-Isle the limitations imposed upon commanders by the military and political circumstances of the times. These circumstances in fact rendered his efforts, both as a general and as a statesman, unavailing, and the one redeeming feature in the general failure was his heroic retreat from Prague. In ten days he led 14,000 men into and across the Bohemian Forest, suffering great privations and harassed by the enemy, but never allowing himself to be cut off, and his subordinate François de Chevert defended Prague so well that the Austrians were glad to allow him to rejoin his chief. The campaign, however, had discredited Belle-Isle; he was ridiculed at Paris by the wits and the populace, even Fleury is said to have turned against him, and, to complete his misfortunes, he was taken prisoner by the English in going from Cassel[disambiguation needed

] to Berlin through Hanover.

He remained a year in England, in spite of the demands of Louis XV and of the emperor Charles VII. During the campaign of 1746-47 he was in command of the Army of Piedmont on the Alpine frontier: his troops conquered Antibes and Nice, but were defeated at the Battle of Assietta. Although in command of a demoralized and inferior army, he later managed to repel the invasion of the Austrian and Italian forces, and also to carry the war back into the plain of Lombardy. At the peace, having thus retrieved his military reputation, he was created duke and peer of France (1748). In 1757 his credit at court was considerable, and the king named him secretary for war.

During his three years ministry he undertook many reforms, such as the development of the military school for officers, and the suppression of the proprietary colonelcies of nobles who were too young to command; and he instituted the Order of Merit. But the Seven Years' War was by that time in progress and his efforts had no immediate effect. He died at Versailles on the 26 January 1761.

Belle-Isle interested himself in literature; was elected a member of the French Academy in 1740, and founded the Academy of Metz in 1760. The dukedom ended with his death, his only son having been killed in 1758 at the Krefeld.

His brother, Louis Charles Armand Fouquet, known as the Chevalier de Belle-Isle, was also a soldier and a diplomatist.

He was a close friend of Count Saint-Germain and in 1760 allowed the Count to travel to the Hague for diplomatic reasons of securing a peace treaty, obtaining funding for France, and setting up a whole separate company to manage France's treasury. Duc de Choiseul, the French Minister of War, was avidly against this and tried to have Count Saint-Germain arrested.[1]