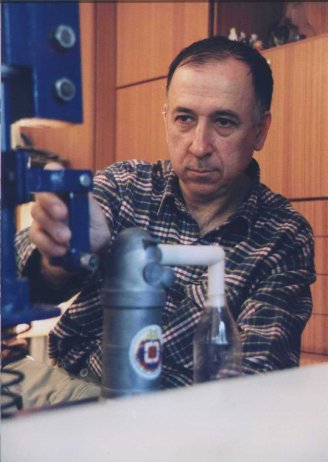 Veljko Milković (Serbian Cyrillic: "Вељко Милковић") (, , , ) is an and a from , . Milković is active in ecological , as well as amateur and , and wrote a number of s in these areas. For his work he received several s. He is a member of the Serbian Academy of Innovation Sciences from , a group of 20 inventors. He claims to be in possession of 23 s [ [http://www.veljkomilkovic.com/PatentiEng.html Veljko Milković's Patent List] ] .

Examples of inventions and research

He invented a self-heating eco-house and a number of, what he calls, ecological s: polythene s and greenhouses with reflecting surfaces, mushroom gardens. Several of his inventions are related to simple things for everyday use, like an autonomous , a line of universal s as well as a for people with piles.

With some of his s, Milkovic participates in the , which is classified as a [: [http://www.csicop.org/sb/9612/internet.html Pseudoscience on the Internet] ] . His basic inventions in this category are what he calls "- s" ( with a , two-stage mechanical , hand water pump with a pendulum) a kind of - system which he claims can produce more energy than it receives: an example of a perpetuum mobile.

Among Veljko's interests is of the in the of . He claims to have discovered a pattern in its subterranean with ”↑”, ”Y” and ”T” crossroads which enables him to examine the safely. For his exploration of the fortress, he received a note of thanks from the [http://www.veljkomilkovic.com/Images/Priznanja/Nagrada6.jpg] .

Among various domestic and international awards, he has received the ”November charter of the city of Novi Sad” [http://www.veljkomilkovic.com/Images/Priznanja/Nagrada19.jpg] in 2002 for his contribution in the field of and as well as in 2002 a gold medal of Novi Sad fair for the invention hand water pump with a pendulum.