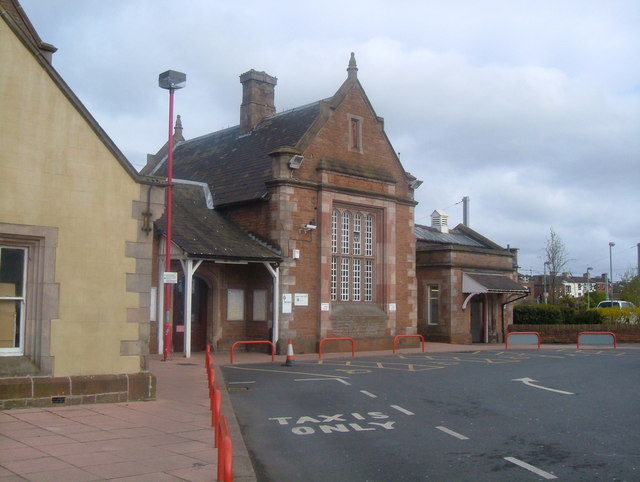 Penrith railway station (also known as Penrith North Lakes and Penrith The North Lakes) is located on the in the . It serves the town of and is less than one mile from its centre. coaches leave from the station's car park and there are bus links to Keswick, . and from here too.

Although the station is now relatively quiet at one time this was the terminus for the and the North Eastern Railway's Eden Valley branch which joined with the Stainmore line at providing connections to the at . There was also in the mid-nineteenth century a plan to connect Penrith by rail to the lead mines at and eventually joining up with the near .

Up until August 2006 the station was probably unique in that although being a manned main line station it did not have electronic departure boards or TV screens depicting departures/arrivals but only a handwritten departure board in the waiting room/ticket office. It was also the last station in the UK where mail was collected by a moving train.

The station is operated by .

Virgin renamed the station Penrith North Lakes soon after taking over the running of it. At one time in the early and mid 20th century the station had been known as "Penrith for Ullswater".