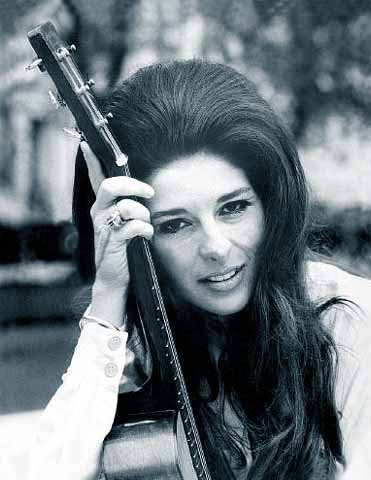 Roberta Lee Streeter (born , ), professionally known as Bobbie Gentry, is an American . Gentry was one of the first female country artists to write and produce her own material.

Roberta Streeter is partially of Portuguese ancestry. Her parents divorced shortly after her birth, and she was raised in poverty by her father, on her grandparents' farm in . After her grandmother traded one of the family's milk cows for a neighbor's piano, seven-year-old Bobbie composed her first song, "My Dog Sergeant Is a Good Dog". She attended elementary school in , and began teaching herself to play guitar, bass, and banjo. At 13, she moved to to live with her mother, Ruby Bullington Streeter.

Roberta Streeter graduated from Palm Valley School in 1960. She chose the stage name "Bobbie Gentry" from the film "" and began performing at local country clubs. Encouraged by , she performed in a revue of Les Folies Bergeres nightclub of Las Vegas. Gentry then moved to to attend as a major, and supported herself by working in clerical jobs, occasionally performing at local nightclubs. She later transferred to the to hone her composition and performing skills. In 1964, she made her recording debut, with a pair of duets - "Ode to Love" and "Stranger in the Mirror" with singer .

In 1967, Gentry produced her first single, "Mississippi Delta"/"", detailing the suicide of Billie Joe McAllister, who flings himself off the Tallahatchie Bridge. The song used a traditional , lowered the 3rd and the 7th degree.

The LP replaced "" at the top of U.S. charts. It also reached #5 of the charts. Bobbie Gentry won three in 1967, including "Best New Artist" and " Best Female Pop Vocal Performance". She was also named the 's Best New Female Vocalist. In February, 1968 Bobbie Gentry took part in the Italian Song Festival in Sanremo, as one of the two performers of the song "La siepe" by and Massara. In a competition of 24 songs, the entry qualified to the final 14 and eventually placed ninth.

Gentry's later albums did not match the success of her first. In 1968 she collaborated on the album , which achieved a . In October 1969 Gentry's "I'll Never Fall In Love Again" a popular song written by Burt Bacharach and Hal David reached number one on the UK singles chart for a single week. In January 1970, it became a number six hit on the Billboard Hot 100 singles chart for Dionne Warwick.

In 1970 she received recognition for her composition, "Fancy," which rose to #26 on the U.S. Country charts and #31 on the pop charts

Due to Gentry's commercial failure, Capitol did not renew her contract. Gentry continued to write and perform, touring Europe, generating a significant fan base in the United Kingdom and headlining a Las Vegas review for which she produced, choreographed, wrote and arranged the music. In 1974, Bobbie Gentry hosted a short-lived summer replacement , "The Bobbie Gentry Happiness Hour", on . The show, which served as her own version of Campbell's hit series "", also on CBS, was not renewed for a full season. That same year, Bobbie Gentry wrote and performed "Another Place, Another Time" for writer-director 's film, "Macon County Line". In 1976, Baer directed a feature film based on "Ode to Billie Joe" called "Ode to Billy Joe" [ [http://www.imdb.com/title/tt0074995/ Ode to Billy Joe] International Movie Database] , starring and . In the movie, the mystery of the title character's is revealed as a part of the conflict between his love for Bobbie Lee Hartley and his emerging . Bobbie Gentry's re-recording of the song for the film hit the pop charts, as did Capitol's reissue of the original recording; both peaked outside the top fifty. Her behind-the-scenes work in television production failed to hold her interest. After a 1978 single for , "He Did Me Wrong, But He Did It Right", failed to chart, Bobbie Gentry decided to retire from show business. Her last public appearance as a performer was on Christmas Night 1978 as a guest on "". After that, she settled in Los Angeles and remained out of public life.

In 2004, singer-songwriter began performing a song called "Bobbie Gentry" about the mystique surrounding Gentry since her retirement from the public eye. The song is a candidate for inclusion on Sobule's forthcoming studio album.

Data from All Music Guide