Steven Jerome Pienaar (born 17 March 1982) is a South African footballer who plays for English Premier League club Tottenham Hotspur. He can play on either the right or left wing and is also a member of the South African national team. Pienaar has previously played for Ajax Cape Town, Ajax, Borussia Dortmund and Everton. Pienaar stated a few years before retirement he would make a transfer to Orlando Pirates FC.

Born in Johannesburg, Transvaal Province, South Africa, Pienaar started his professional career at Ajax Cape Town, some 1,400 kilometres (870 mi) away from his home in Johannesburg. He was brought to the attention of Ajax CT whilst playing for the School of Excellence and was asked to join Ajax Cape Town's youth academy.

Pienaar said "I was very fortunate to go to the School of Excellence 2000, to be able to polish the technique and the talent that God gave me and to learn how to use it in the way that God had wanted me to."[4] "I was fortunate to work with the Dutch coach Leo van Veen, who helped me at Ajax Cape Town," "He appreciated the way I played but at the same time he changed my mentality. He taught me how to prepare for games, not just playing to please the crowd but also how to play for the team." [4]

At Ajax Cape Town he won the Rothman's Cup beating Orlando Pirates 4–1 in the final in what was to be his final game for the club. 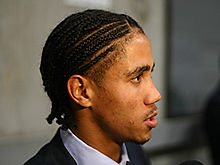 Aged 18, he was brought over to the Netherlands in January 2001 but did not make his Eredivisie début until 24 February 2002 – in a 1–0 victory over NAC Breda. He became a pivotal member of the Ajax team that won the Dutch League in 2002 and 2004. Pienaar shone as one of Ajax's best players alongside stars such as Zlatan Ibrahimovic, Maxwell, Cristian Chivu, Mido, Nigel de Jong, Rafael van der Vaart, Wesley Sneijder and future Everton team-mate John Heitinga. Andy van der Meyde, who had a forgettable stint at Goodison Park, was also in that squad. 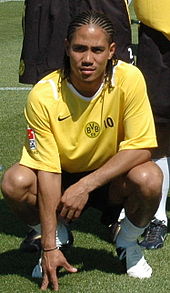 In January 2006 German club Borussia Dortmund signed Pienaar on a three-year contract from Ajax. Seen as a replacement for Arsenal-bound Tomáš Rosický, Pienaar's first year with Borussia Dortmund saw him receive the number 10 shirt vacated by the Czech playmaker. Pienaar struggled at Dortmund and was never accepted by the players at the club.[5]

Pienaar joined Everton on loan for 2007–08 and later signed a three-year contract from Dortmund for a pre-agreed fee of £2 million after payment of an initial loan fee of £350,000 in April 2008.[6] Pienaar made his debut for Everton in a 2–1 home victory over Wigan Athletic on 11 August 2007, replacing Leon Osman in the 73rd minute as a substitute.[7] Pienaar scored his first Everton goal in a 2–0 home victory over Middlesbrough on 30 September.[8]

Despite missing eleven games through injury, Pienaar was named Everton's Player of the Season for 2009–10.[2]

In January 2011, both Chelsea and Tottenham Hotspur had bids accepted to buy Pienaar from Everton before the South African joined Spurs for a fee of £3 million on a four-year contract.[9] He made his Tottenham debut in a 1–1 draw away to Newcastle United.[10] In August 2011, Pienaar suffered a groin injury, which ruled him out for six weeks.

A former under-17 international,[11] he made his international debut for South African national side in a 2–0 win against Turkey in 2002 and has since accumulated 46 caps and scored two goals. He participated at the 2002 and 2010 World Cups.[12]

Pienaar is a Christian. He grew up with his mother Denise and two sisters and one brother in Westbury, a largely coloured township on the outskirts of Johannesburg during the apartheid era. He was once beaten up in a neighbouring white Township of Triomf and also lost a childhood friend, who was killed by a bullet, both incidents were because of the colour of his skin. Pienaar was also shot with daisy guns.[14]

As a child, Pienaar watched TV while sitting on the floor at his home in Westbury, where he was not allowed to sit on the couch for his mother's fear of him being shot.[14]

Pienaar's home was broken into while he was playing for Everton in Europe, Police were called to the mansion on Woolton Road, in the early hours of the morning.[citation needed]

Pienaar is commonly referred to by his nickname "Schillo"[15] in South Africa, a childhood nickname given to him by friends after the exploits of Totò Schillaci during the 1990 World Cup.[16]

Steven Pienaar's ex-girlfriend Danielle Steeneveld attempted to sue Pienaar for ZAR10.8million in August 2009 for not marrying her.[17][18] Steeneveld, the mother of Pienaar's daughter Skyla, claimed that Pienaar broke a promise to wed and ended their two-year relationship "without just cause", she also claimed that Pienaar took away her contraception so she would become pregnant and that her reputation has been tarnished as she is an unmarried mother and "emotionally traumatised".[18][19][20][21] The case was later dismissed.[14]

Of the claims, Pienaar said: "My faith is really strong and helps me in difficult times, like when my little girl Skyla’s mother started making up these stories about me after we broke up. If people wanted to believe them, fine. I kept quiet, because it was someone looking for attention, and I was not going to get drawn into her games."[14]

Pienaar was charged with drunk-driving and failure to comply with a traffic sign in central Liverpool during February 2010.[22]

In the run up to the 2010 World Cup, Pienaar was involved in a high-profile adidas sportswear advertising campaign.[23]