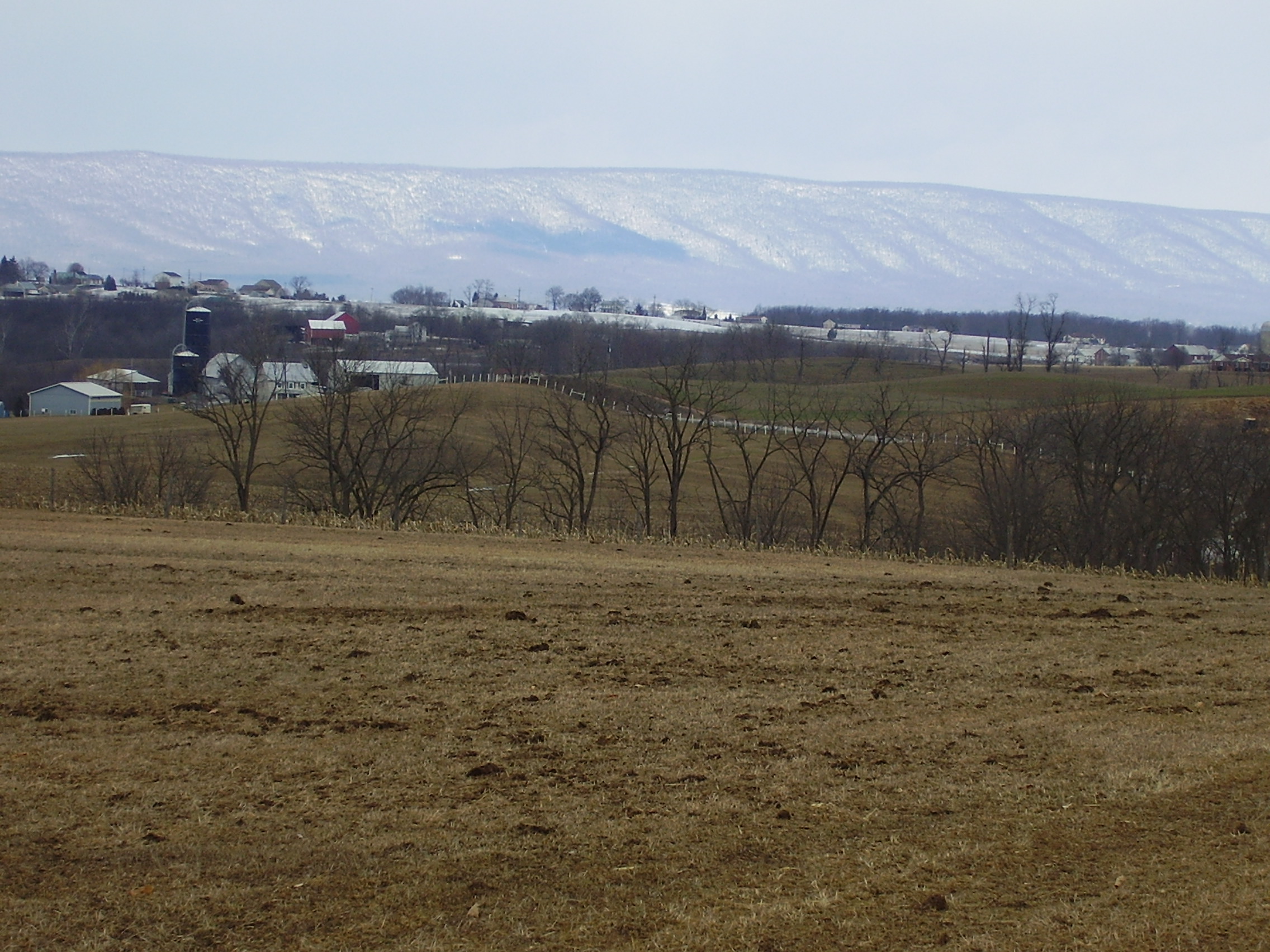 Blue Mountain is a ridge that forms the eastern (southeastern) edge of the mountain range in the of . It cuts across the eastern half of the state from to , providing a distinct boundary between a number of Pennsylvania's geographical and cultural regions. To its northwest side are the southern and central mountains and valleys, the "coal region", and the Poconos. To its southeast side are the , the "capital region", , and the .

The ridge of Blue Mountain runs for 150 miles through Pennsylvania, reaching an elevation of 2,270 feet (692 meters) above just north of the , near the borough of Newburg. Most of the ridgecrest, however, only reaches between 1,400 and 1,600 feet in elevation. The mountain's width varies from 1 to 3 miles.

The southwestern end of the mountain is at Big Gap, west of Shippensburg. (The mountain ridge continues to the southwest towards Maryland under the name of "Broad Mountain".) The northeastern end of the mountain is at the on the New Jersey border. , elevation 1,461 feet (445 m), forms the promontory overlooking the Delaware River. The ridge of Blue Mountain continues northeast into New Jersey as the . [U.S. Geological Survey 1:24,000-scale and 1:250,000-scale series]

Blue Mountain marks the boundary between the and the main .

system passes through the Blue Mountain at two points.
* The carries the Turnpike's east-west mainline (Interstate 76) through the ridge in northern Franklin County. The turnpike also tunnels through a parallel ridge of the same mountain just to the west (with the two tunnel portals only 0.2 miles apart; the name of this western tunnel is Kittatinny Mountain.
* The , so named to avoid confusion with the former, carries the Turnpike's north-south Northeast Extension () through the ridge between Lehigh and Carbon Counties.Both tunnels (each consisting of two tubes) carry two lanes in each direction of travel.

* The is concurrent with the top of the ridge from New Jersey to northern Lebanon County.
* Hawk Mountain Sanctuary is located at the very northern edge of Berks County.
* is found on the north face of the ridge in the southeastern corner of Carbon County.
* reaches across Northampton, Monroe, and Pike Counties and into New Jersey, mostly to the northwest of the ridge.
* in Dauphin County

There is a school district named after the mountain range. It is located just off Rt. 61 in Schuylkill Haven, PA